On a Monday morning in late August, I boarded the bullet train at Nagoya and travelled to Maibara station on the Eastern side of the massive Lake Biwa. There was a dramatic change in scenery from the urban sprawl of Nagoya to the distinctive rice fields and hills of Shiga prefecture. Upon my arrival to Maibara station, I was met by the friendly faces of the Biwaichi rental cycle Maibara branch team, quickly sized up for a bicycle and sent on my way on my three-day 240km journey around Lake Biwa.

From my research, it seemed that the first stretch of my trip would be the best for sightseeing with Hikone castle and Omi-Hachiman between me and my first overnight stop in Moriyama. This section of the journey is usually around 55-60km if you follow the coastline of the lake but I was determined to see both sites on my way so I did take detours to go see them.

After setting off Westwards from Maibara station, I was soon greeted by the vast expanse of Lake Biwa and the epic scale of the lake soon dawned on me. I followed the coast to the South while keeping an eye out for signs for Hikone castle. From a distance, I soon noticed Hikone castle towering above the town of Hikone so I parked my bike and had a look around the impressive structure. I continued to follow the coastline for another 25km before arriving into Omi-Hachiman. This charming canal town gives a real flavour of old Japan and parts of it reminded me of the Gion geisha district of Kyoto but with significantly fewer tourists. I planned to take the Hachimanyama ropeway up to Mt. Hachiman to try getting some views of the area but I was conscious that I might run out of sunlight before arriving in Moriyama so I continued onwards. 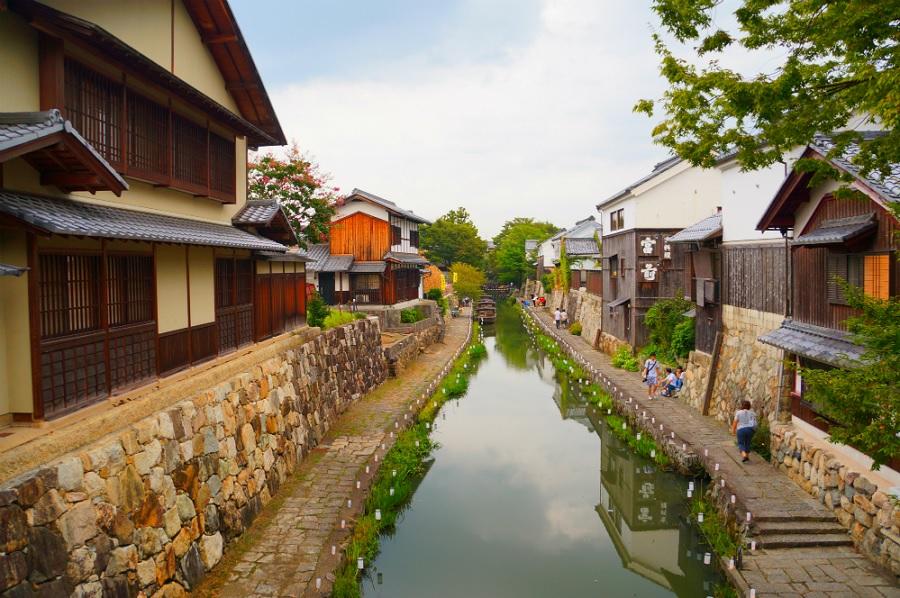 For the remainder of the day, I followed the wavy contours of the lake crossing bridges of canals as they met the mighty Biwako. As successful first day in the saddle!