On February 17th, we had the opportunity to go to Otsu city, the capital of Shiga Prefecture, and visit Ogoto Onsen and Miidera temple. We got to try a few different things; at Ogoto Onsen we did a foot bath, and at Miidera temple we participated in Zazen and made our own personal Juzu! 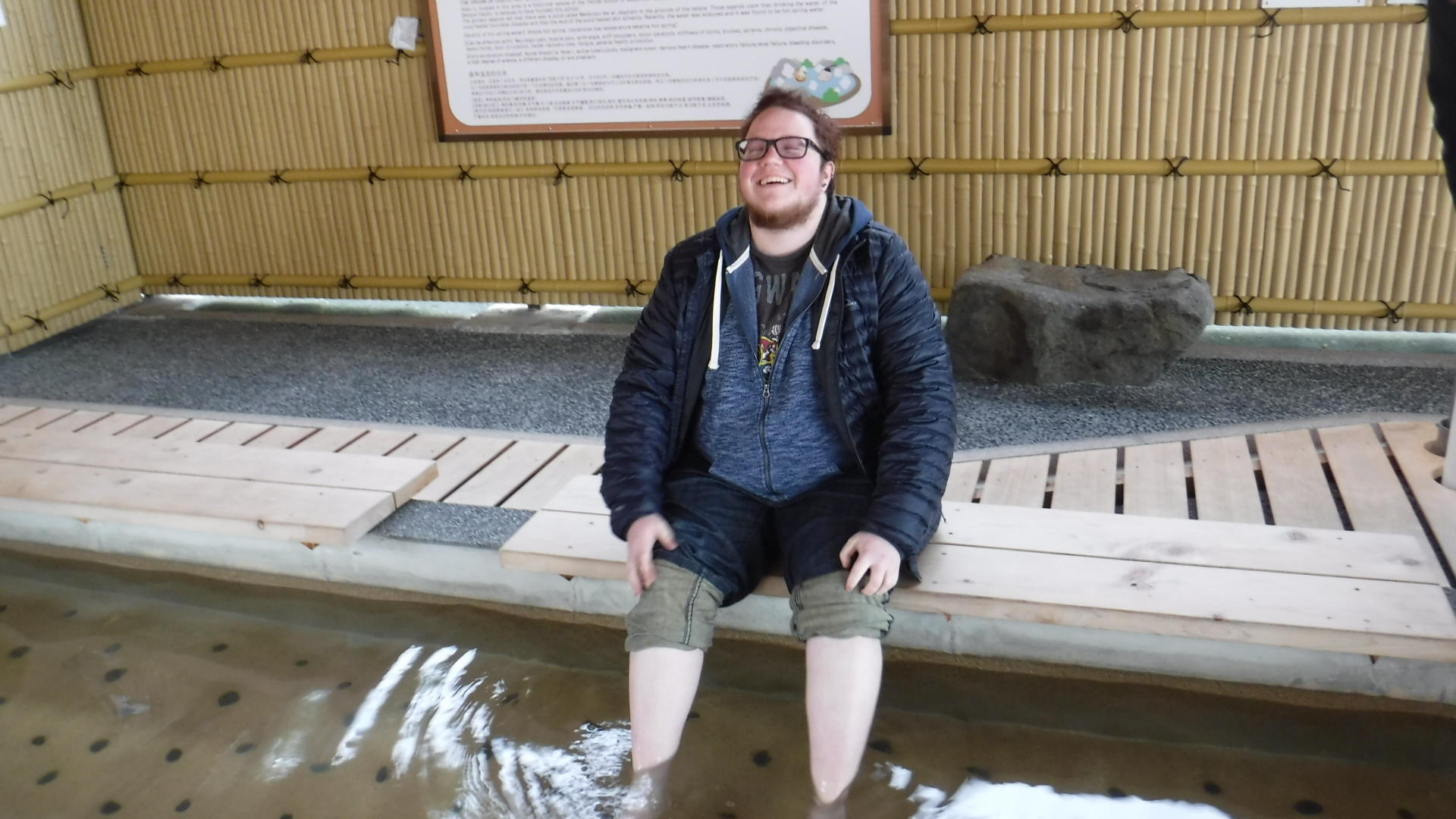 We first went to the Ogoto Onsen, the oldest onsen in Shiga prefecture, to try a hot foot bath. We expected the water would be hot, of course, but it turned out to be so hot that we couldn't even keep our feet in it at first. Although, once we got accustomed to the heat, it really did feel fantastic. It was a very soothing experience. 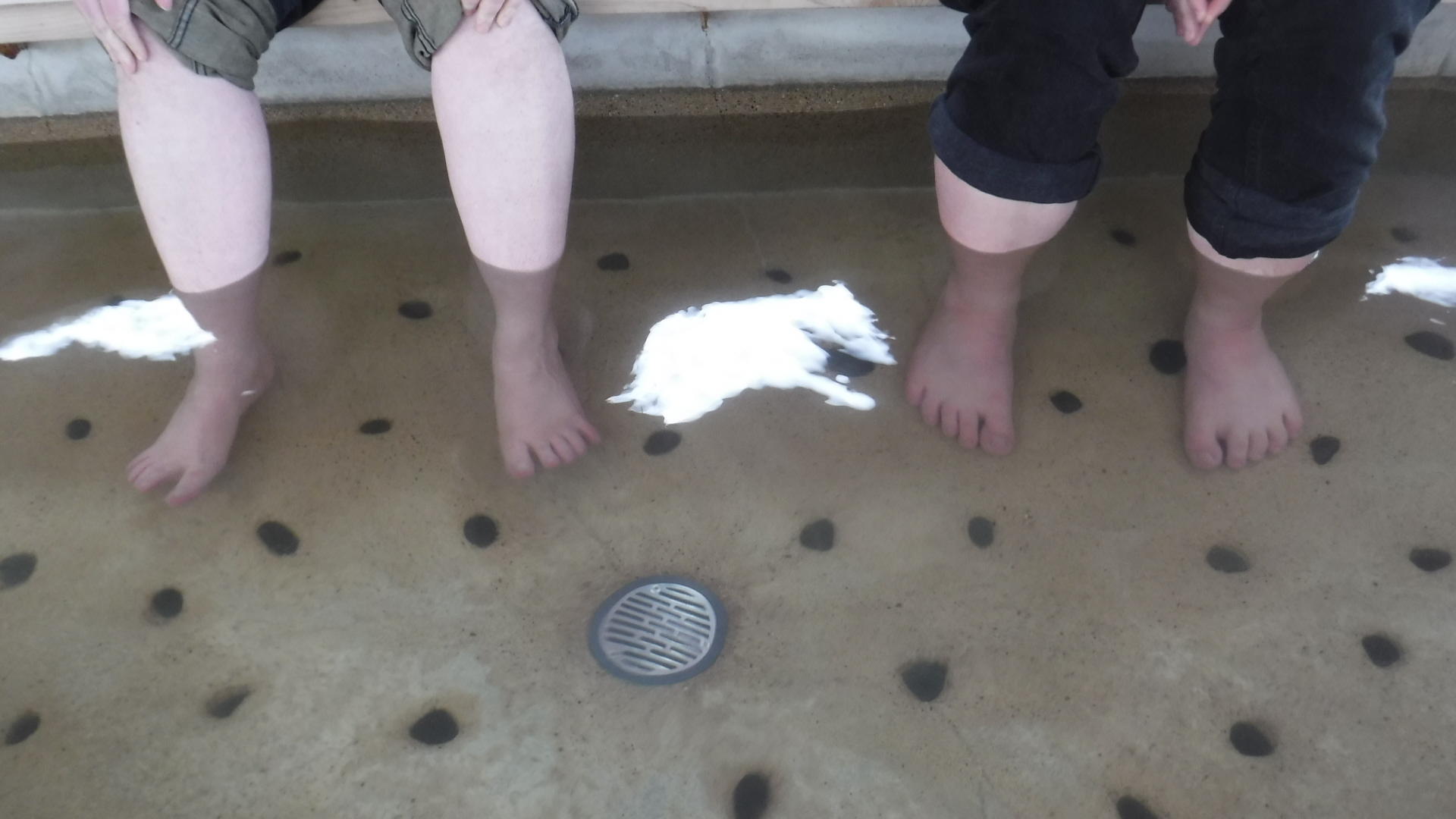 After the footbath, we ate lunch at the Onsen. We both ordered some Ohmi beef Gyudon, and it was delicious. The beef was juicy and flavorful, and it was a wonderful meal. 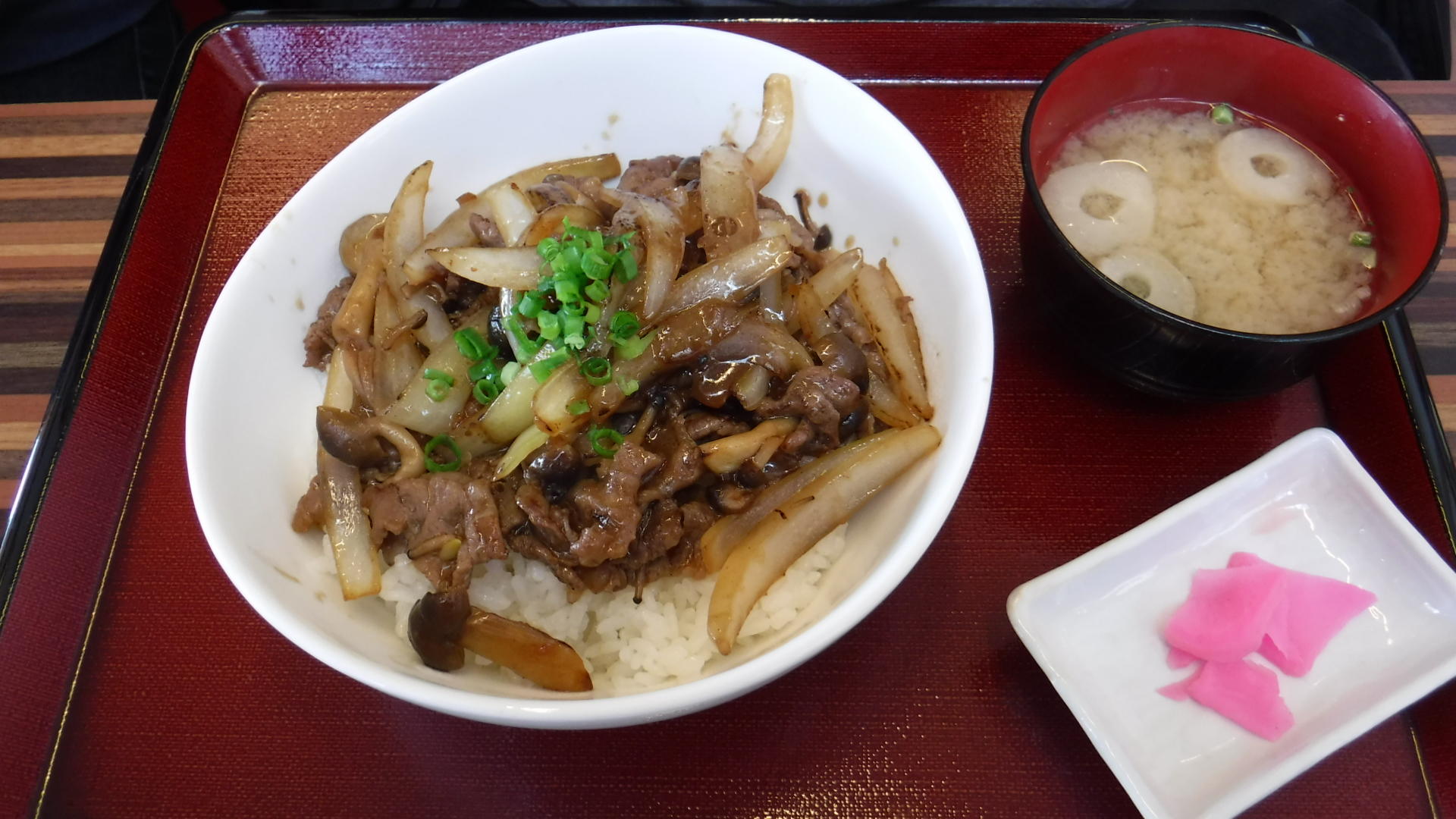 After having lunch at Ogoto Onsen, we went to the Miidera Temple, which is one of the four largest temples in Japan. 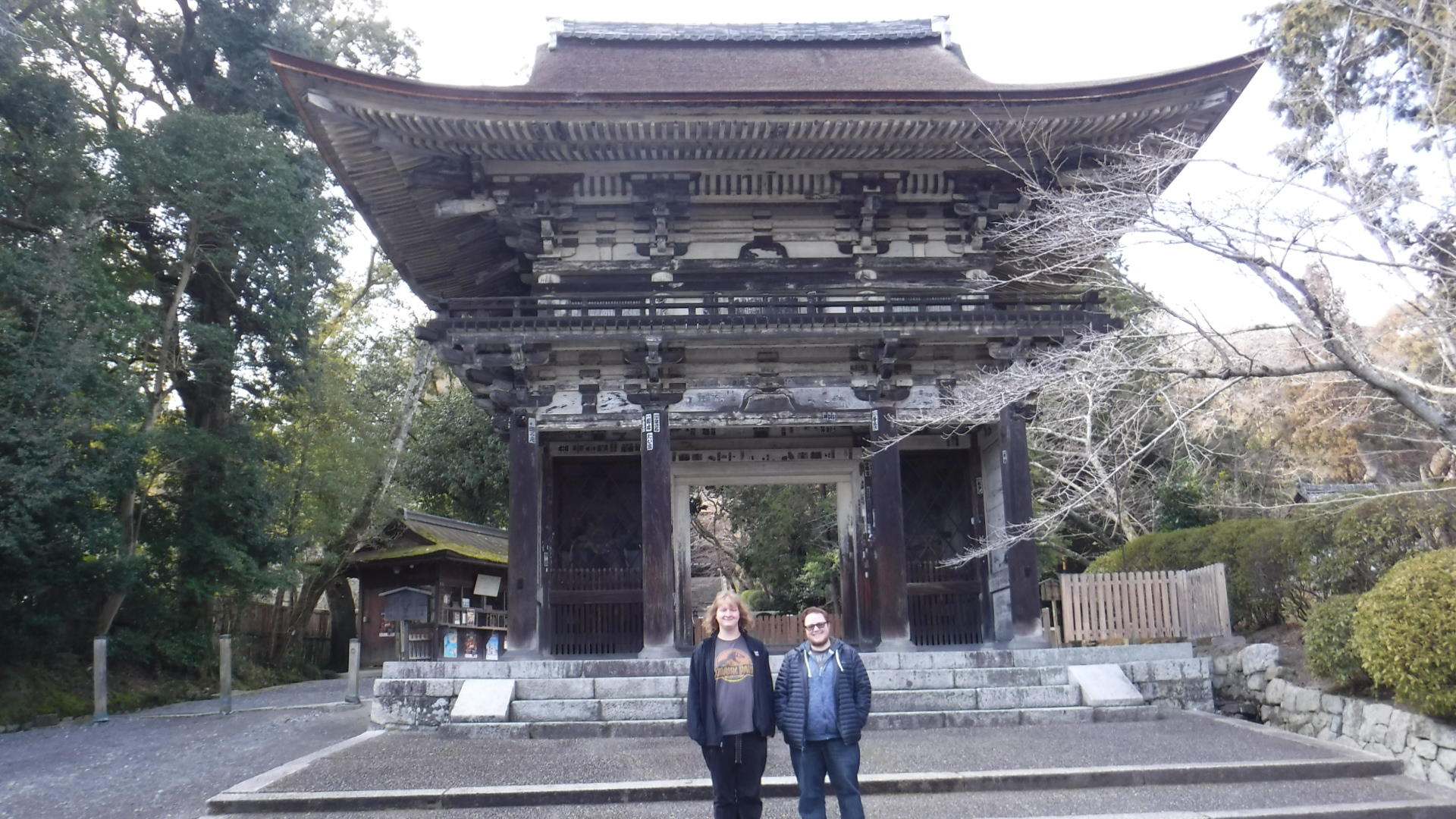 A monk from the temple took us on a tour of the temple grounds and various temple buildings, while teaching us about the history of it. 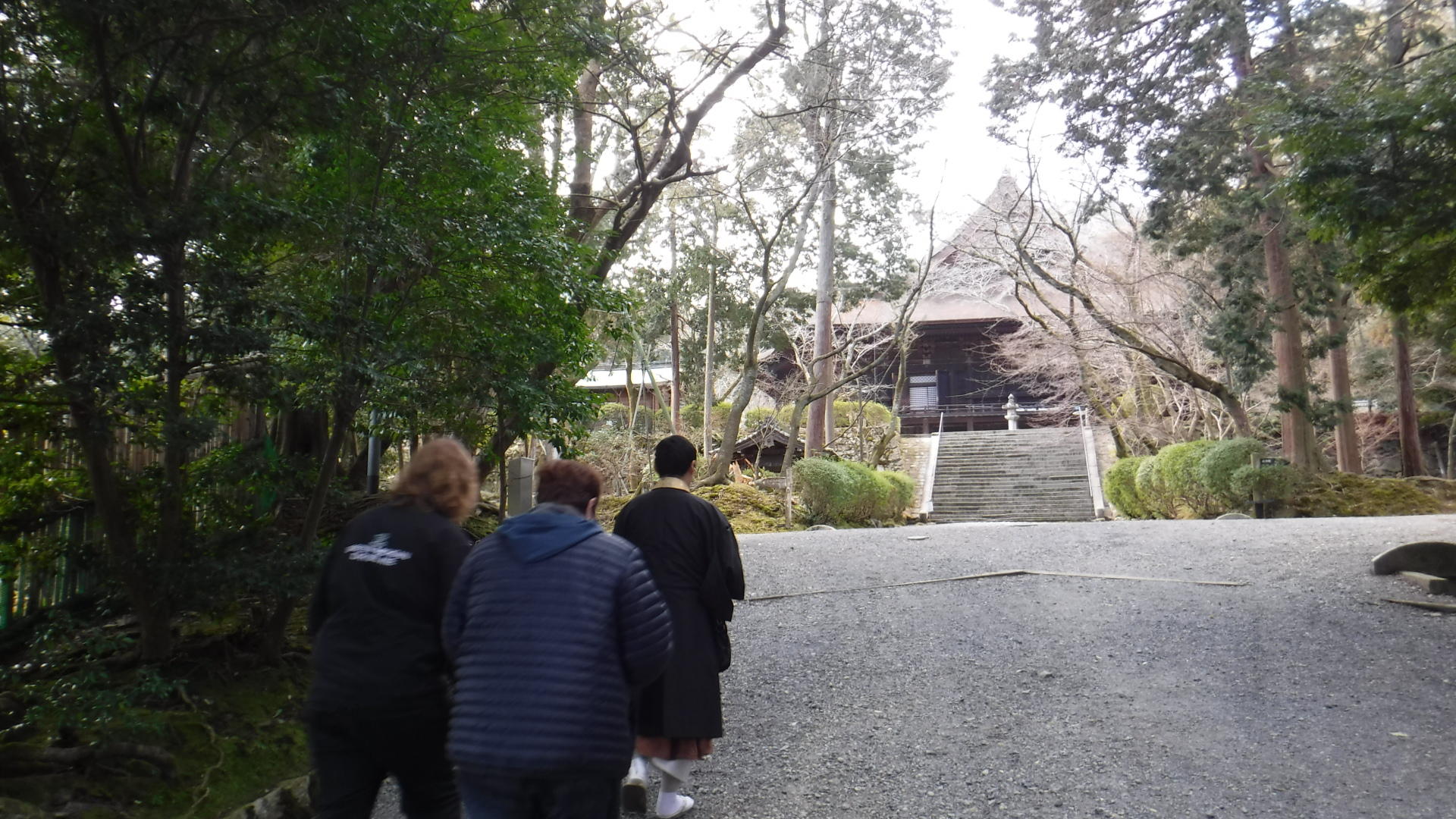 From the main gate, which is called the Niomon Gate, we went to the bell pavillion which houses on the Japan's three famous bells. 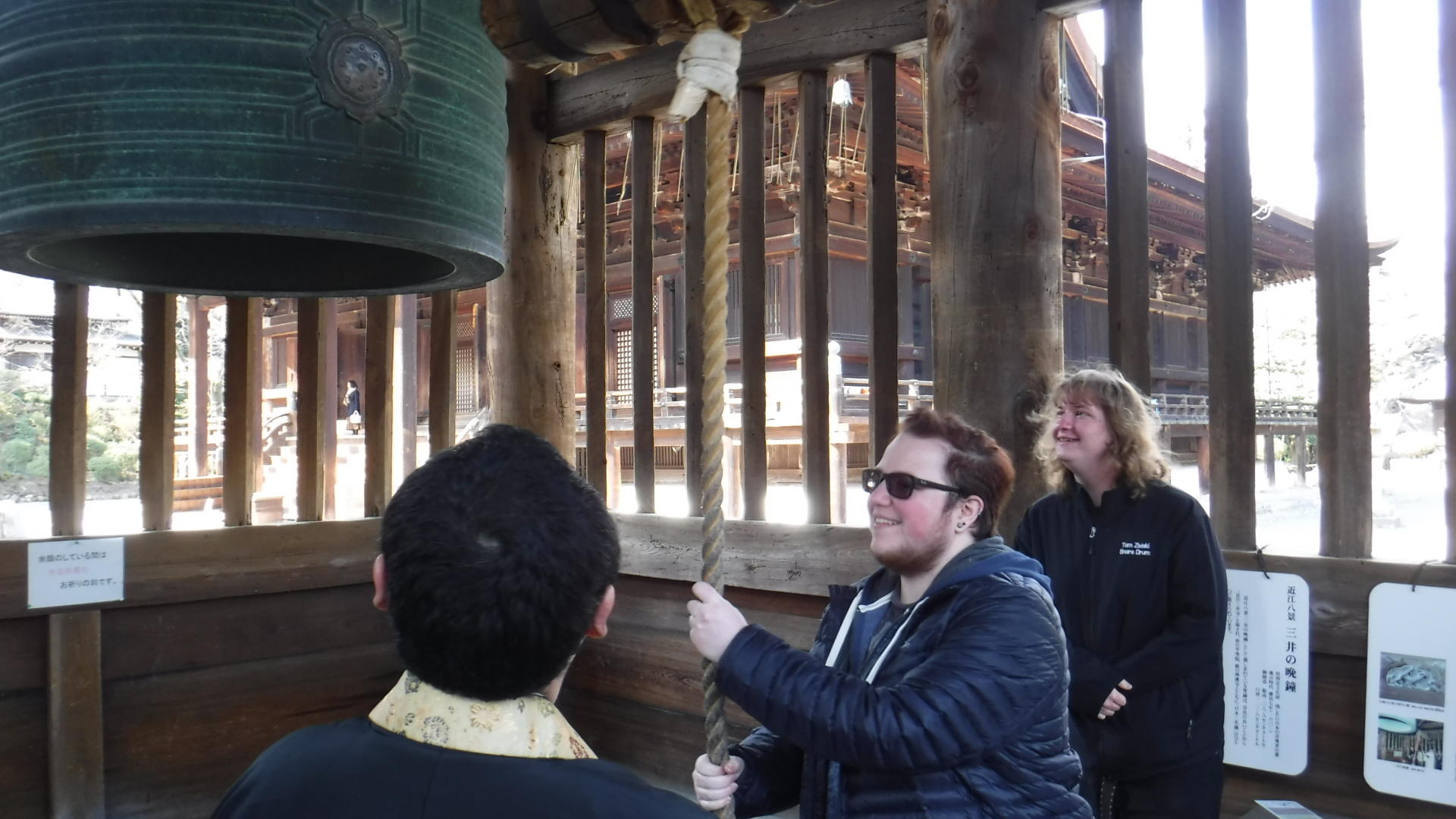 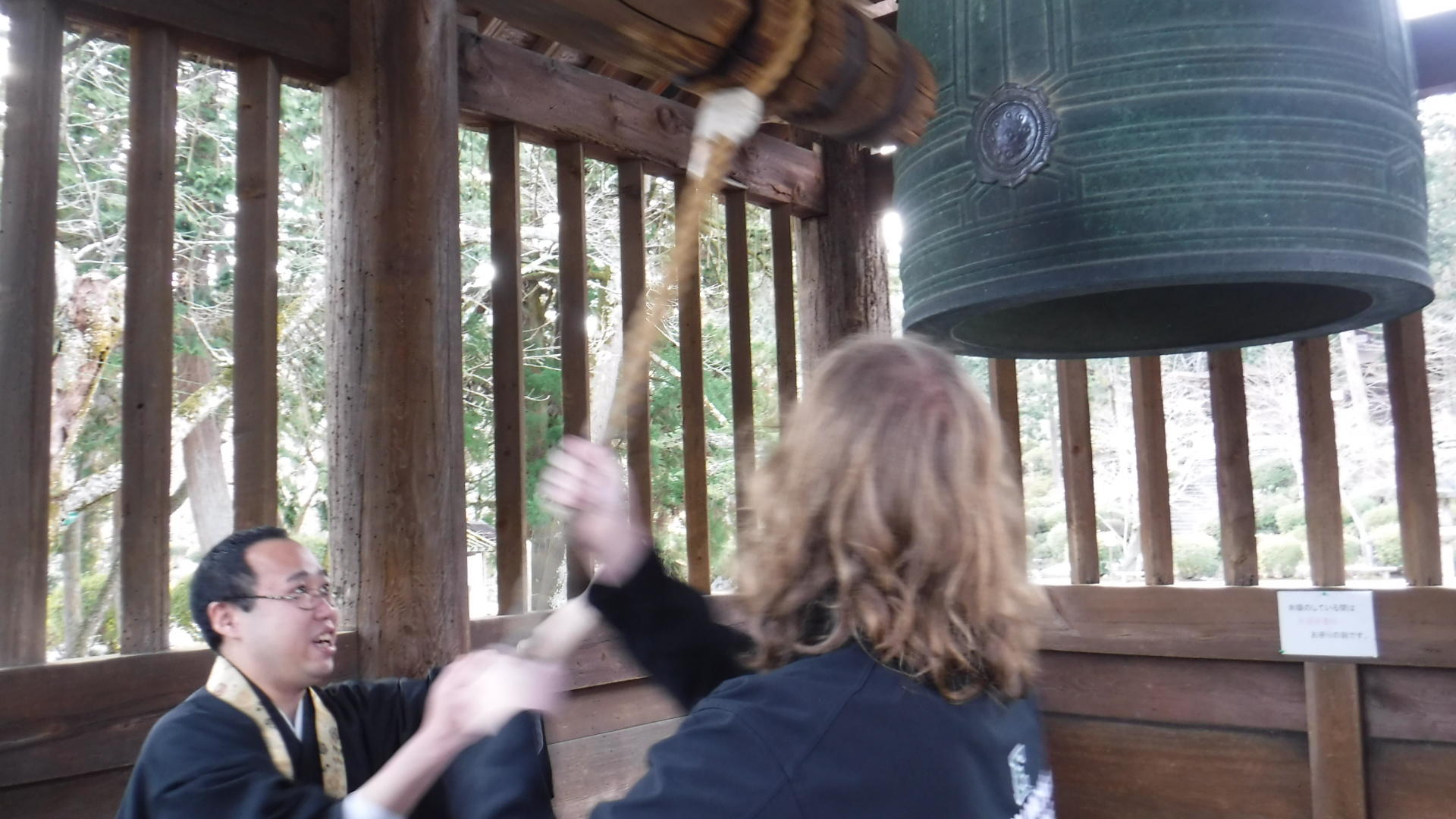 This bell is known for having a beautiful tone, and Tom and I were both allowed to ring it. We also saw Reisyo-do, another bell that was built in the 8th Century. 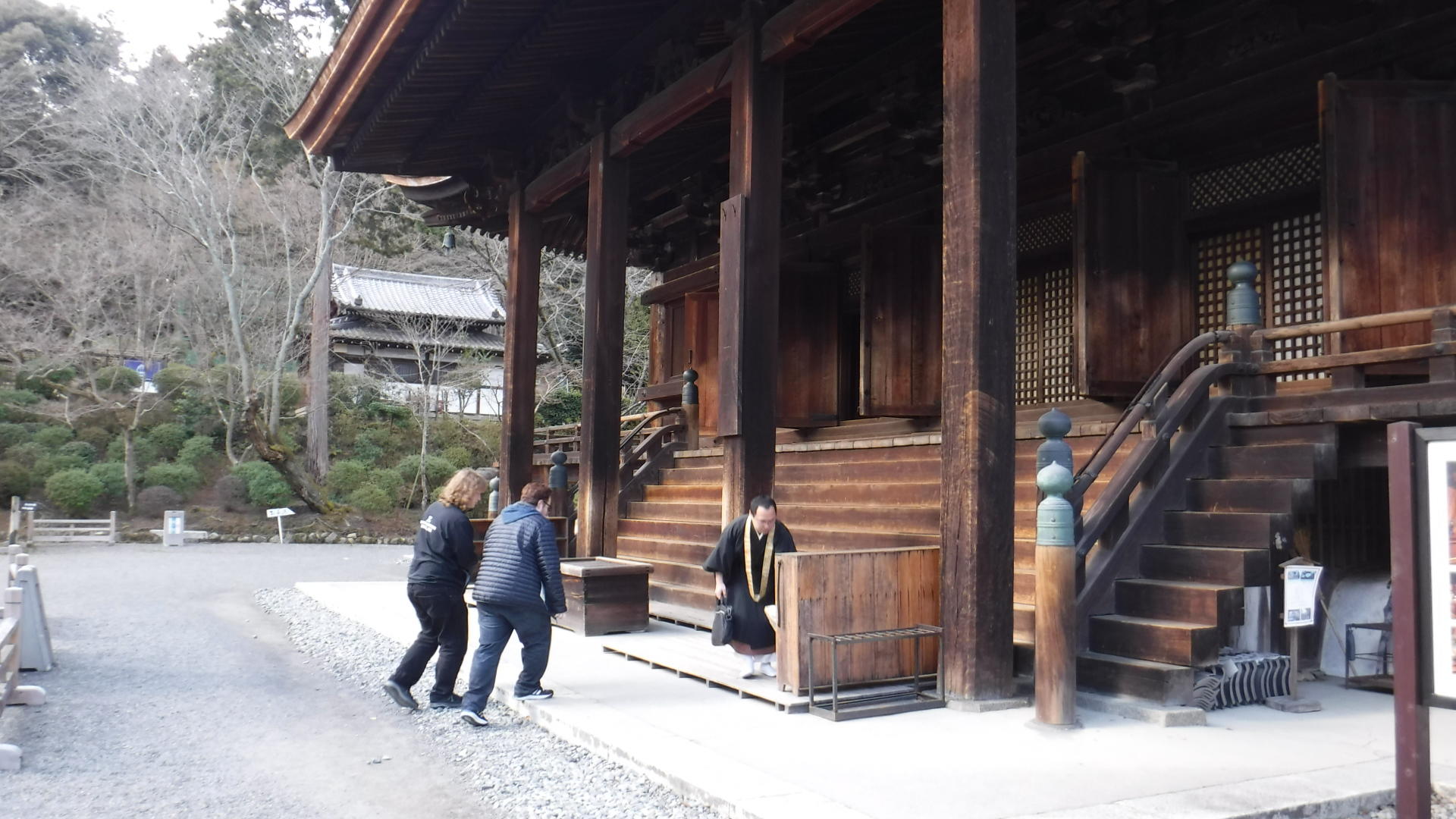 We then walked around the main hall where we saw statues of many different Buddhas. 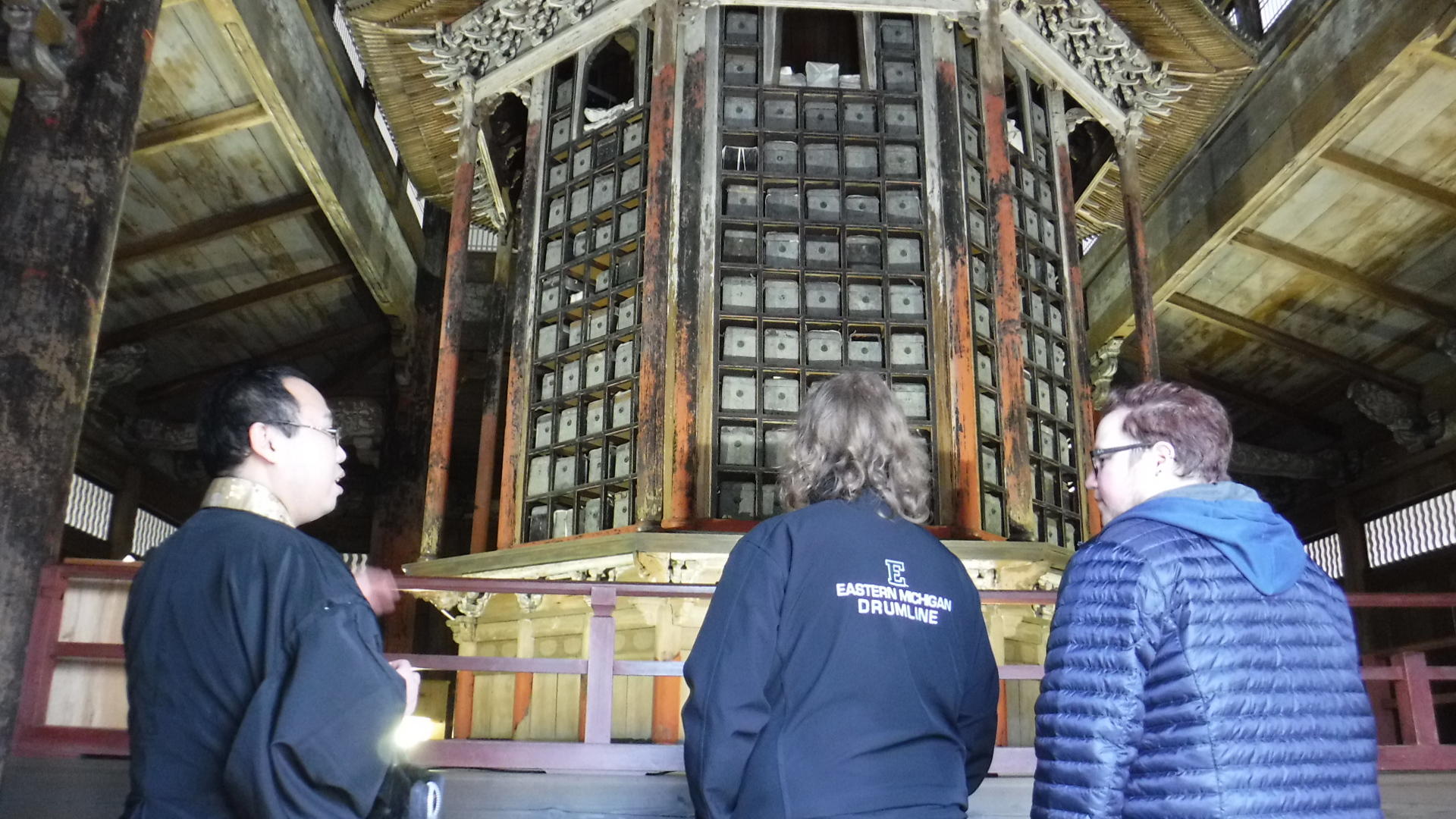 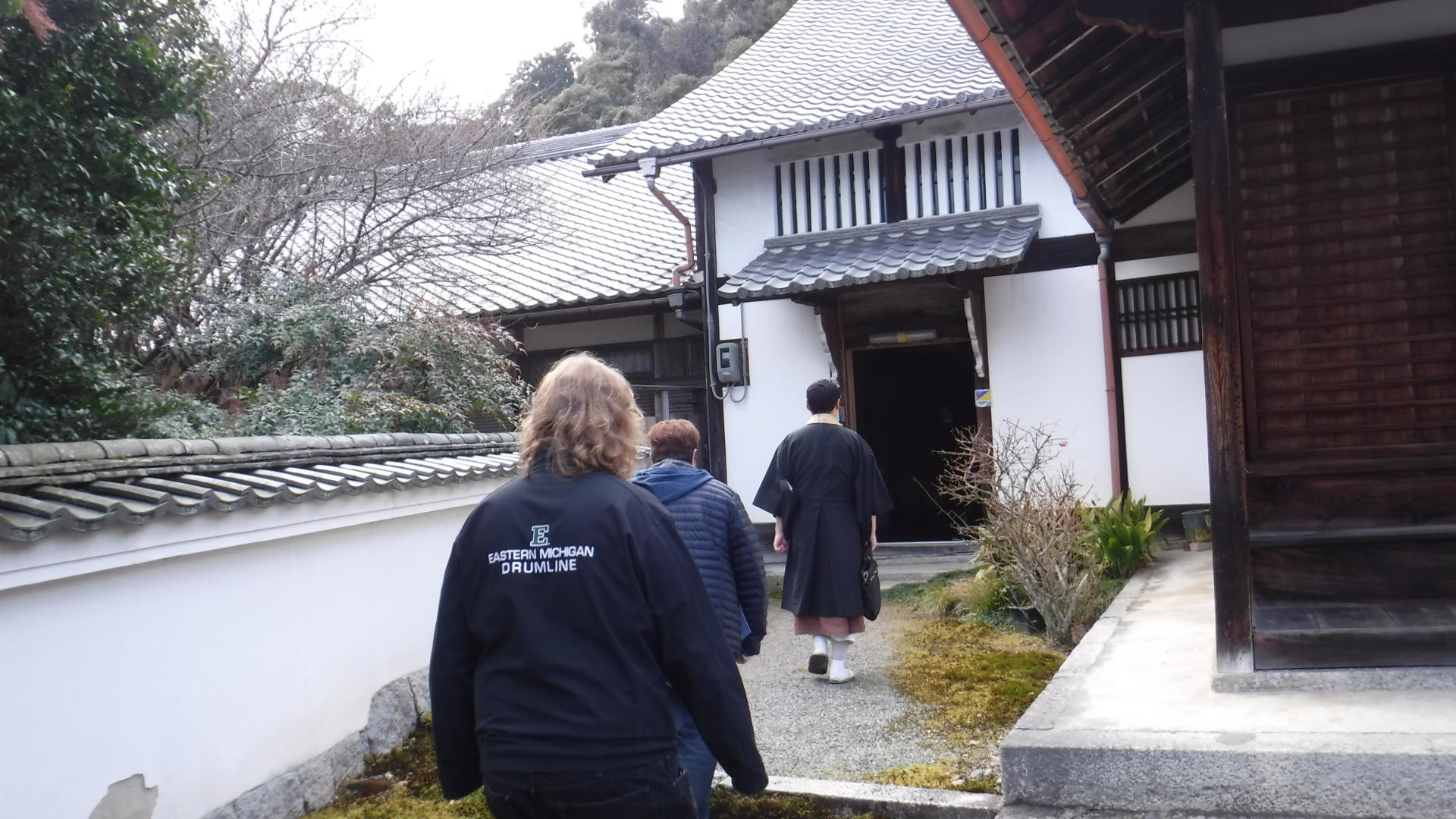 At this time we made our way over to a building that was outside of the usual tour route. Here, we learned about Zazen meditation, and were able to try it ourselves. It was a little difficult to maintain the proper sitting posture, but we thought the experience was very interesting. 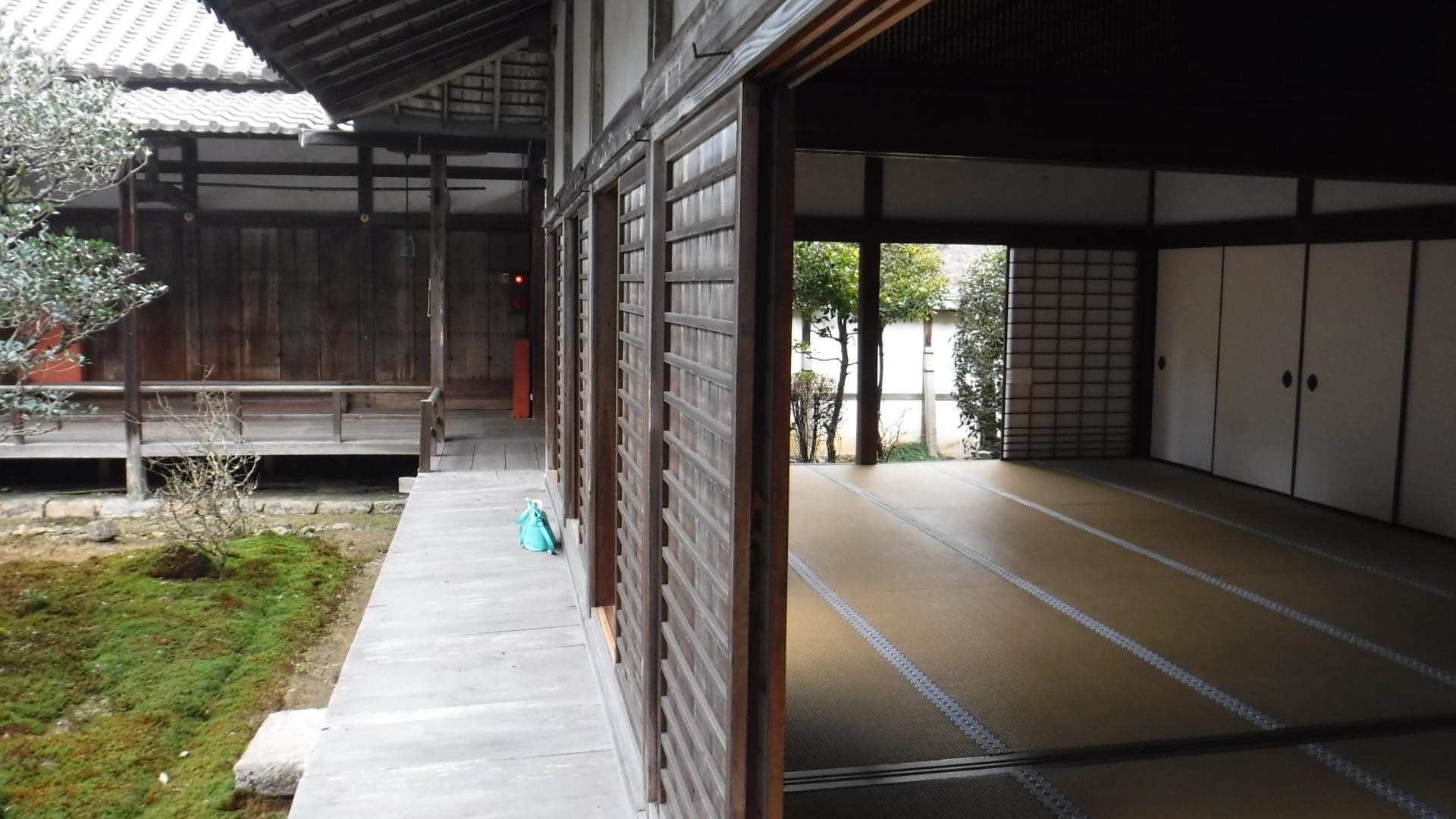 Here, we learned about Zazen meditation, and were able to try it ourselves. It was a little difficult to maintain the proper sitting posture, but we thought the experience was very interesting. 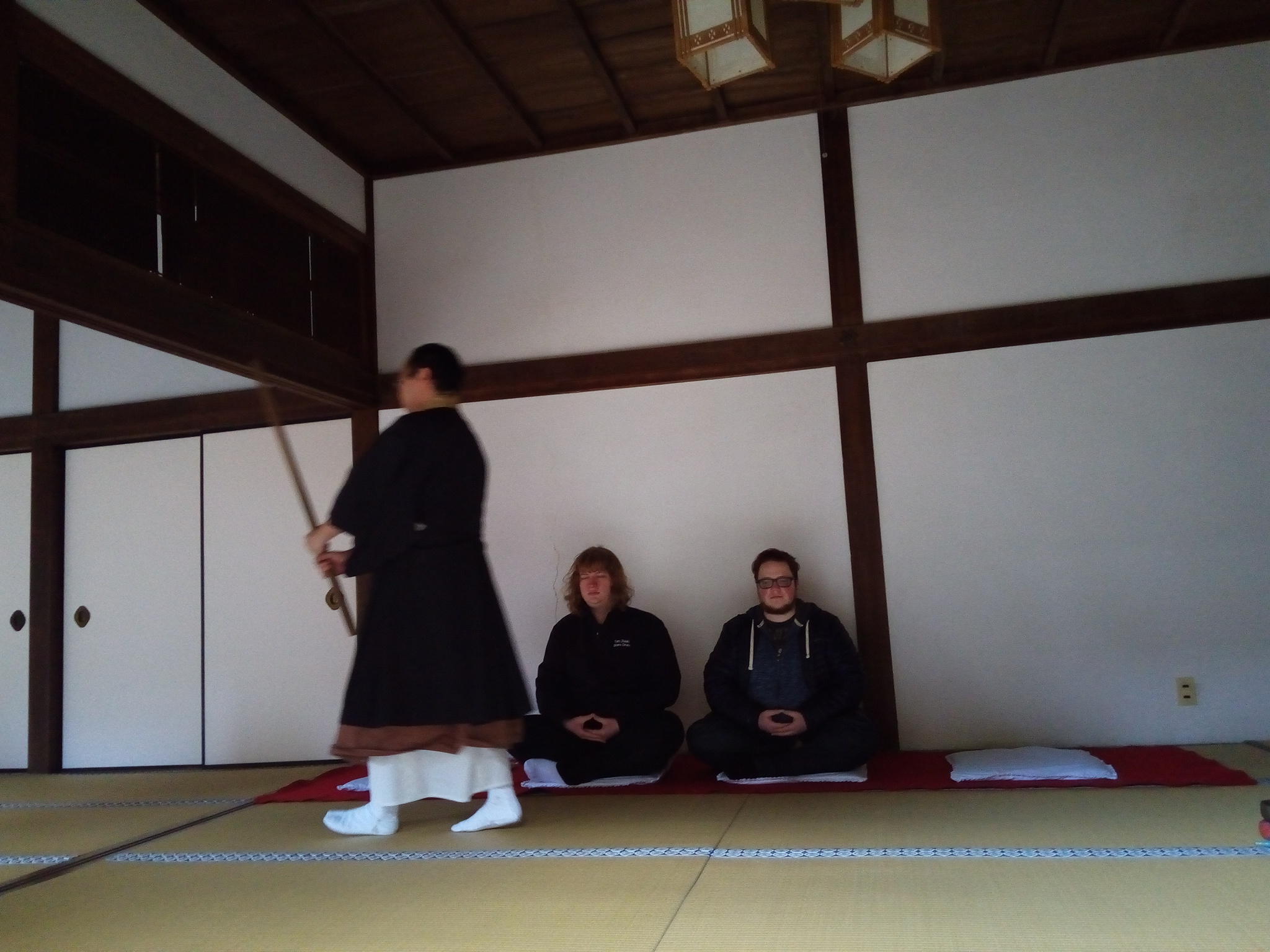 Next, we walked over to the Bimyo-ji Temple to make our own juzu, which is a bracelet of beads often used as a charm. 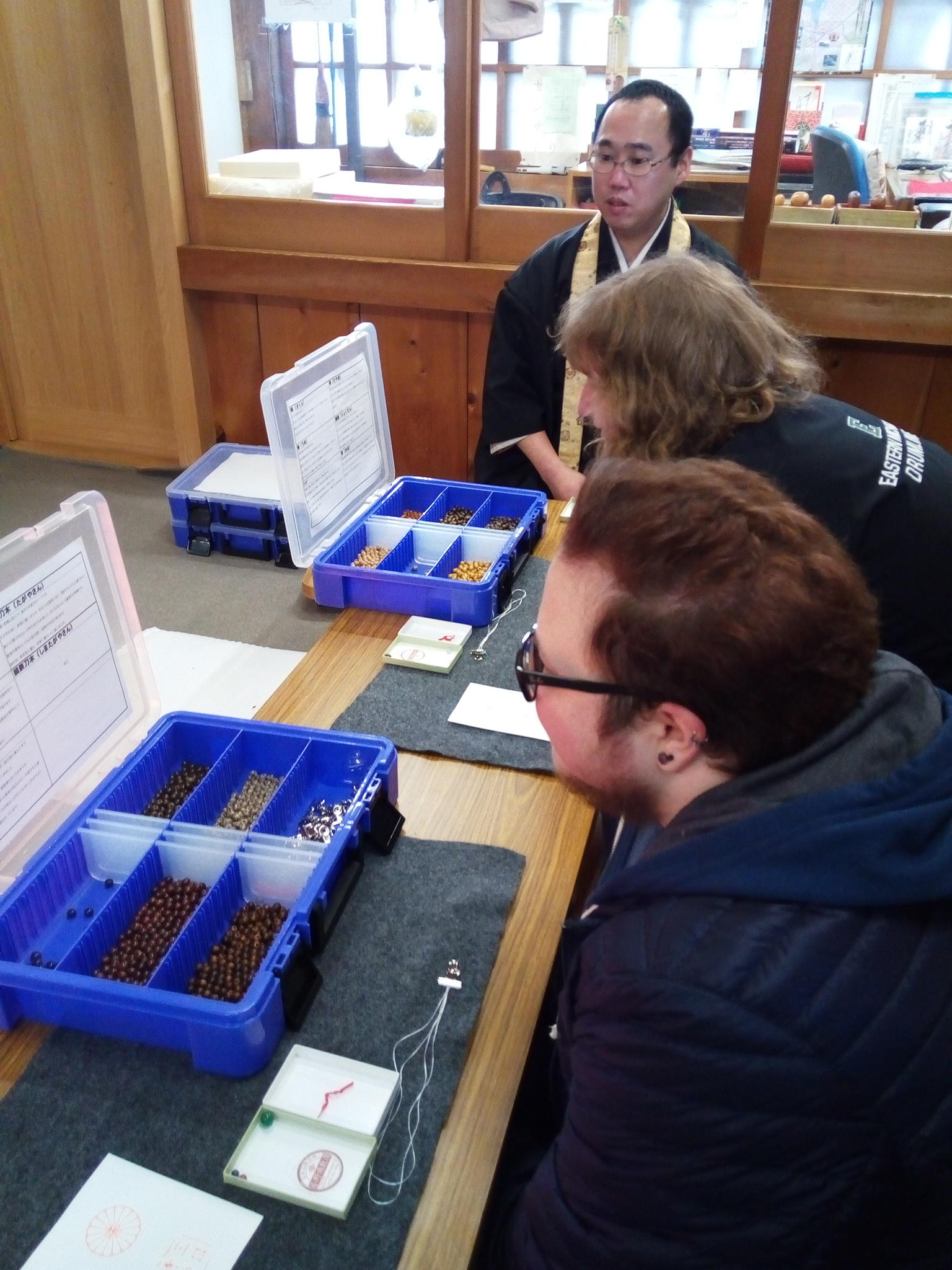 The juzu consist of three stone beads and 24 wooden beads. The different kinds of stone and wood represented different things. We ended up picking beads that will help us in times of stress and in our studies.

We all had trouble tying the elastic string together at the end, but all our bracelets turned out very nicely! 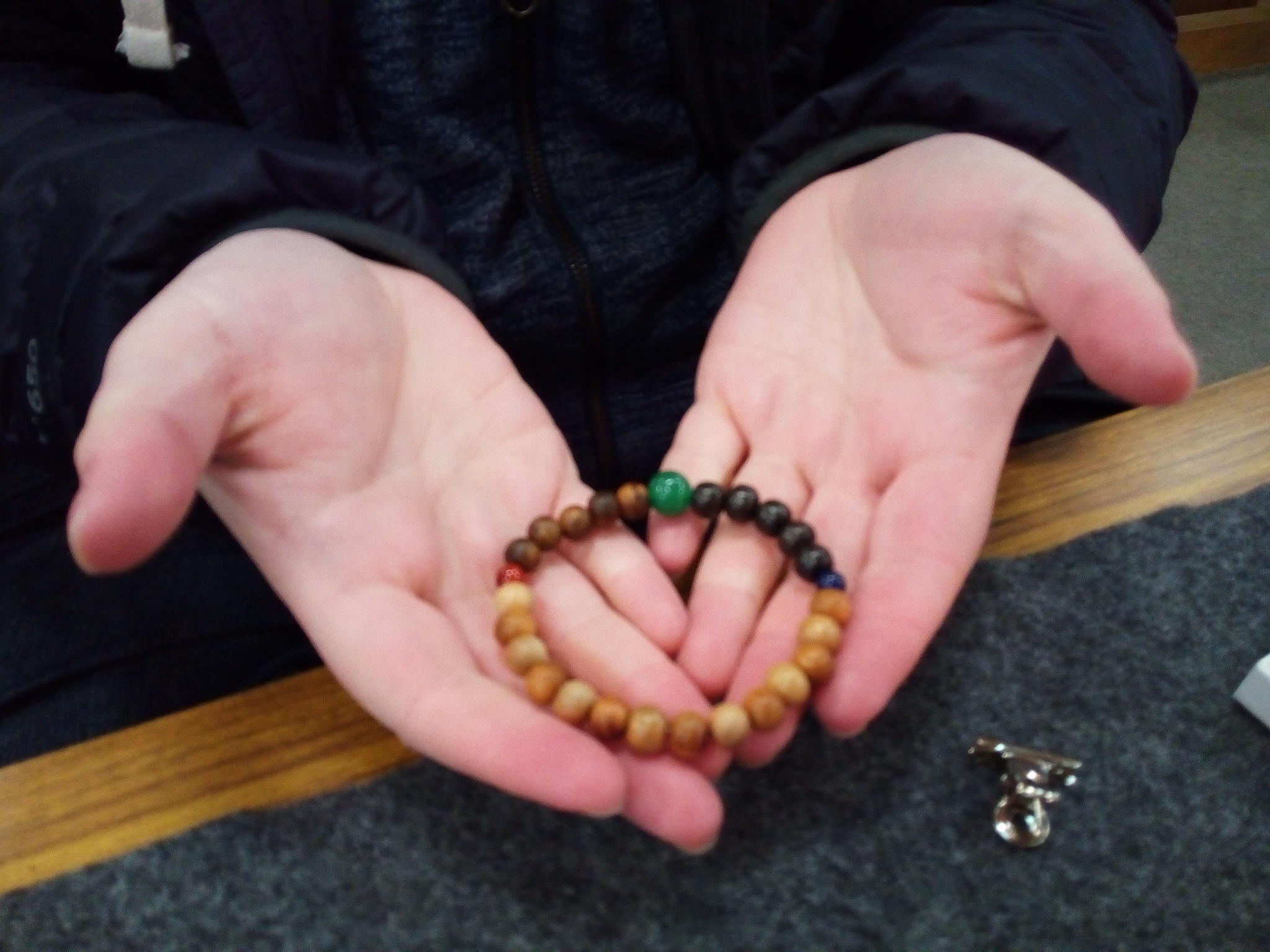 Lastly, we walked up to Kannon-do where we said a prayer at the temple and took a picture with our guide. 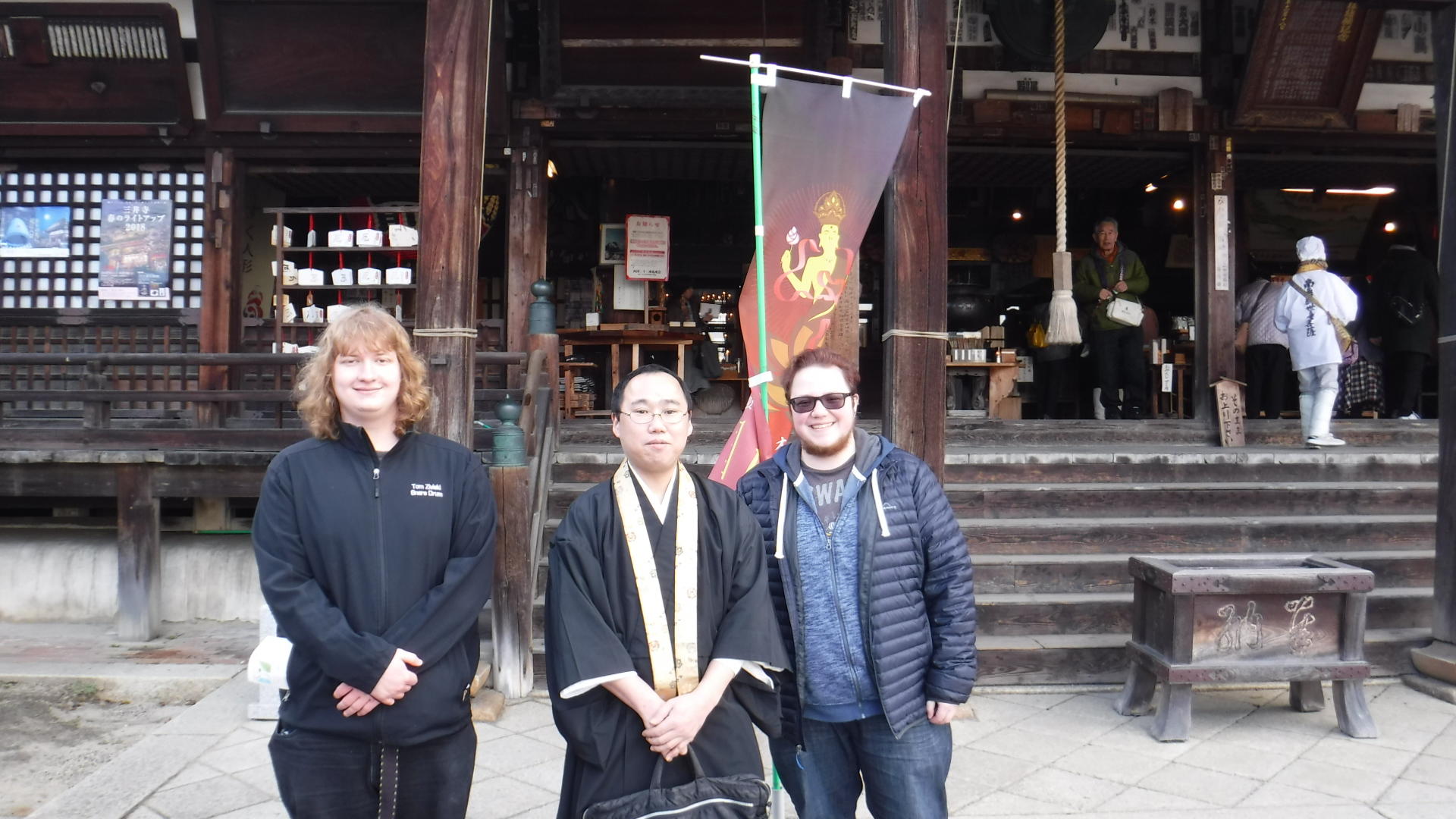 The tour of Miidera Temple was fascinating and we both enjoyed it very much. The trip to Otsu has left us excited and eager to visit more places in Shiga and to learn more about Japanese history. 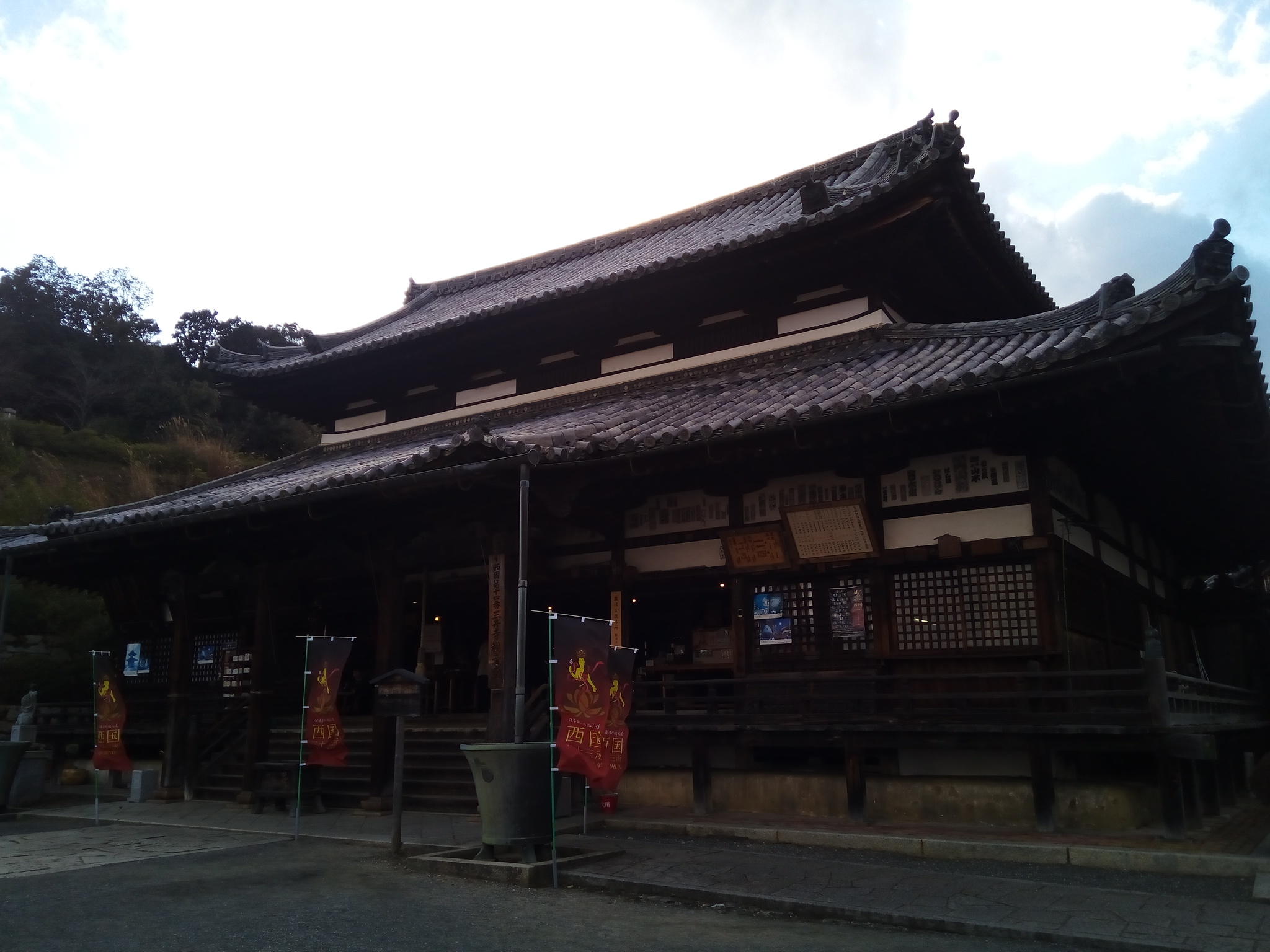