After having lived in Japan and on Lake Biwa for two months we were given the opportunity to visit the city of Kusatsu with the Biwako Museum and Aquarium being the first location. 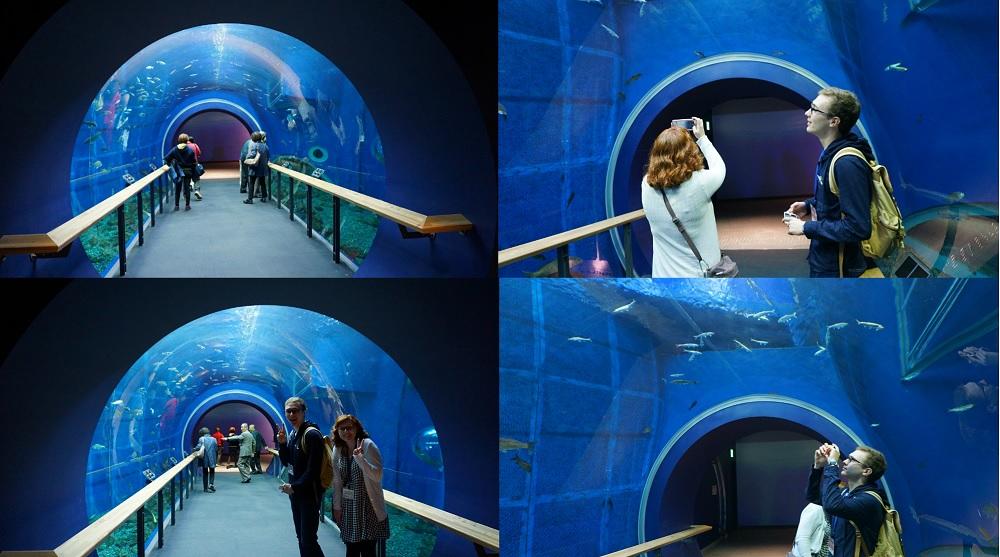 The entrance to the aquarium was a tunnel that made it feel like we were entering the lake itself! 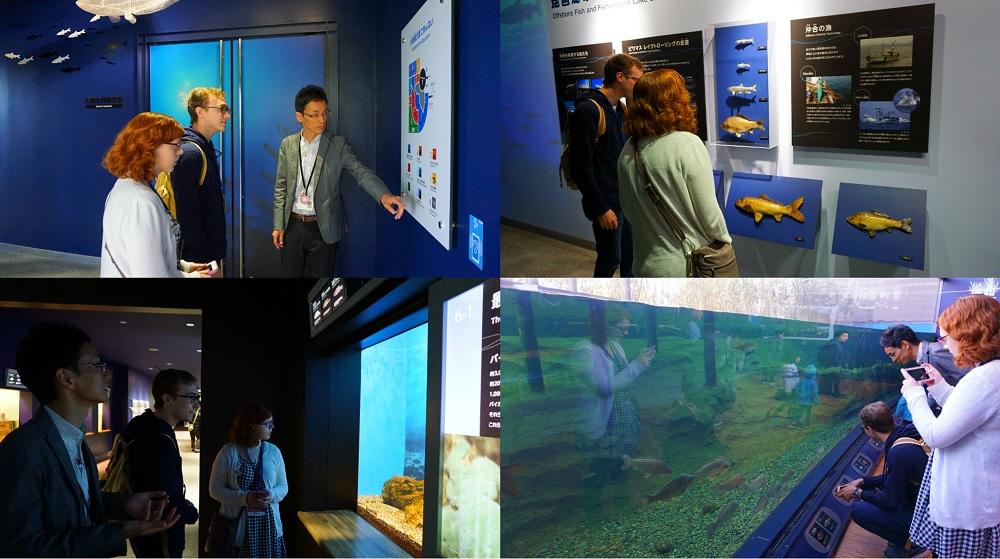 Our guide through the aquarium informed us of the various types of life that live in Lake Biwa. I was surprised by just how diverse the life can be within the lake! 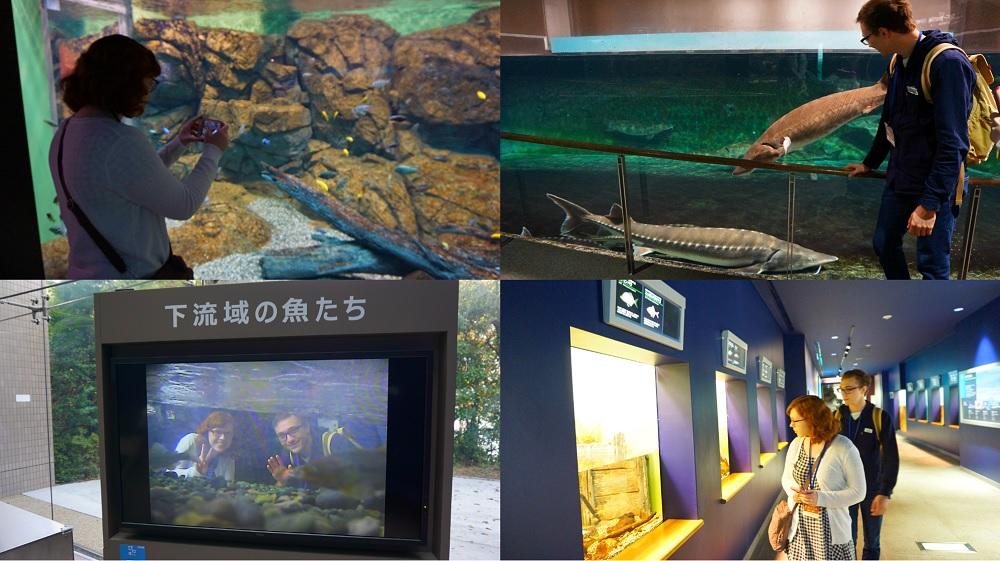 I learned much more about aquatic life than I expected and was honestly taken aback by the vastness of Lake Biwa.

I was able to see the catfish which usually does not show up . So luckey!! 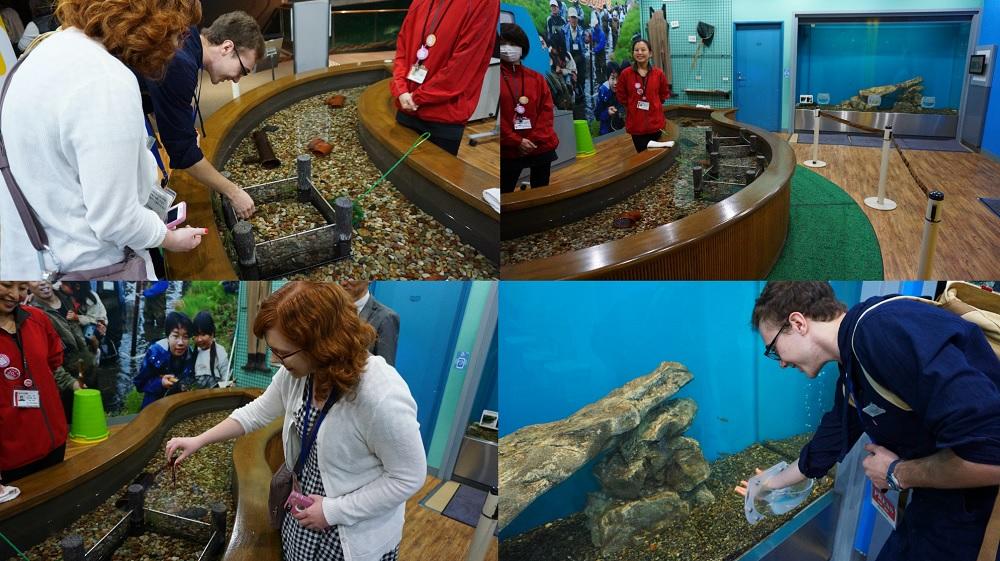 This is a fish petting area. Have a try!

The museum also had an exhibit on Lake Baikal in Russia that had seals! The seals were very sleepy, but still cute. If you wait a while, maybe they will come out and play! 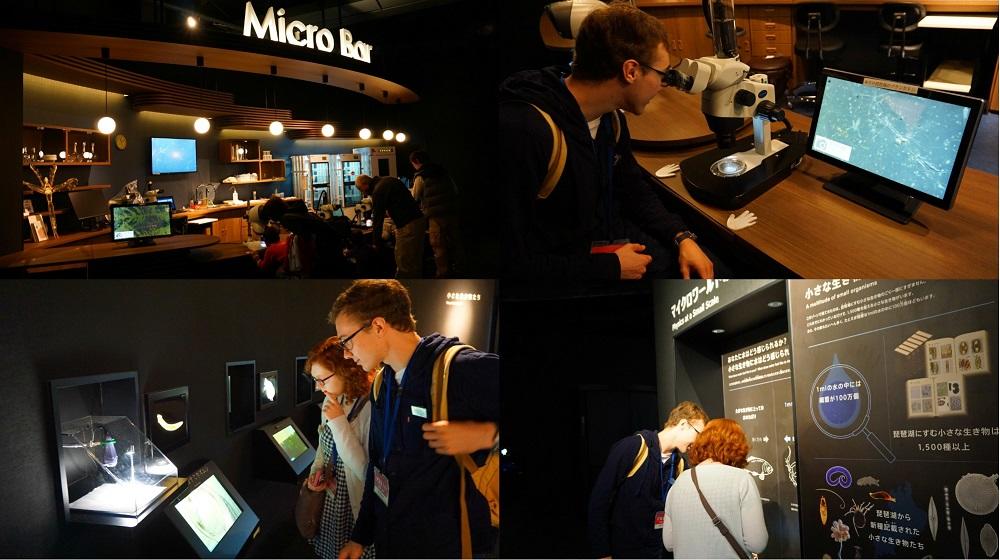 Even on the microscopic scale Lake Biwa hosts a plethora of different forms of life. This room was equipped with microscopes that streamed a live feed from a Petri Dish that had microorganisms within it.

I always appreciate "hands on" learning experiences and the microscopes reminded me just how interesting science can be and the applications it has.

This room of the museum was outfitted with a geographical map of Lake Biwa spanning the entire floor! It was massive and really showed just how big Lake Biwa is!

This map was so accurate that we were even able to find The Japan Center for Michigan Universities (JCMU)! We were plenty far away from it in Kusatsu, and exemplified even more just how massive the mother lake is.

The facility even featured a wall that showed the progression of technology and culture in Japan by decade. It's always interesting to see just how much things can change in such little time. 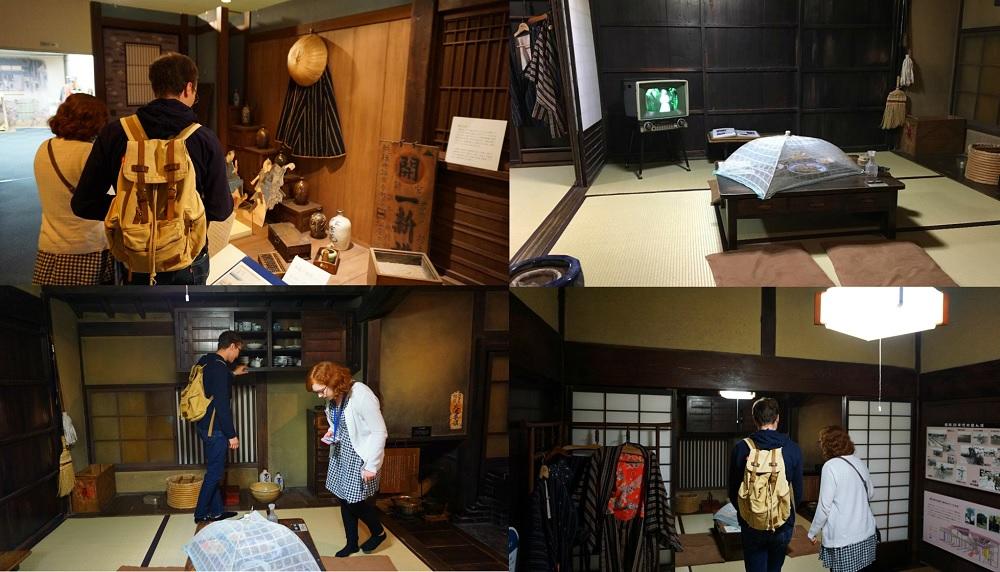 A later section of the museum displayed a few vintage Japanese style homes.

After touring the entire building we found our way back to the the restaurant nestled near the entrance of the museum. I thought it was a little funny that the aquarium had a restaurant that served fish but, of course, it was incredibly delicious regardless. 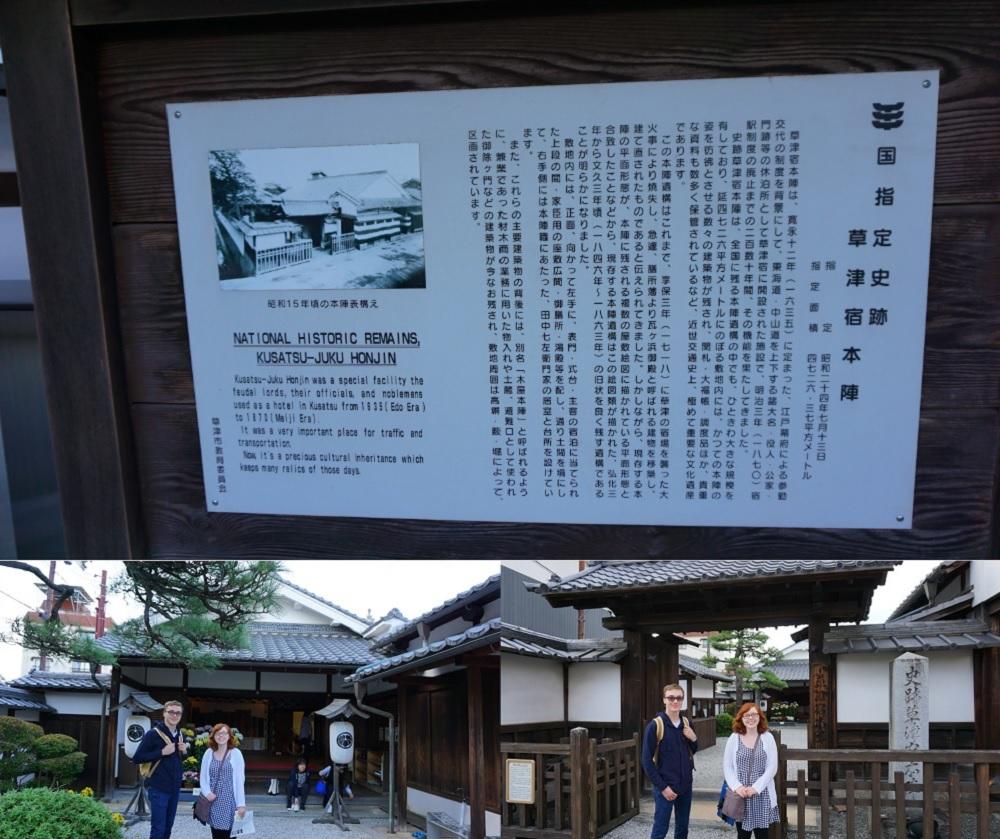 Next on our trip we found ourselves at Kusausujyuku Honjin, A historic lodging site for the Daimyo and other government officials. That said the building was rich with history from the earlier eras of Japan. It was incredible to see first hand! 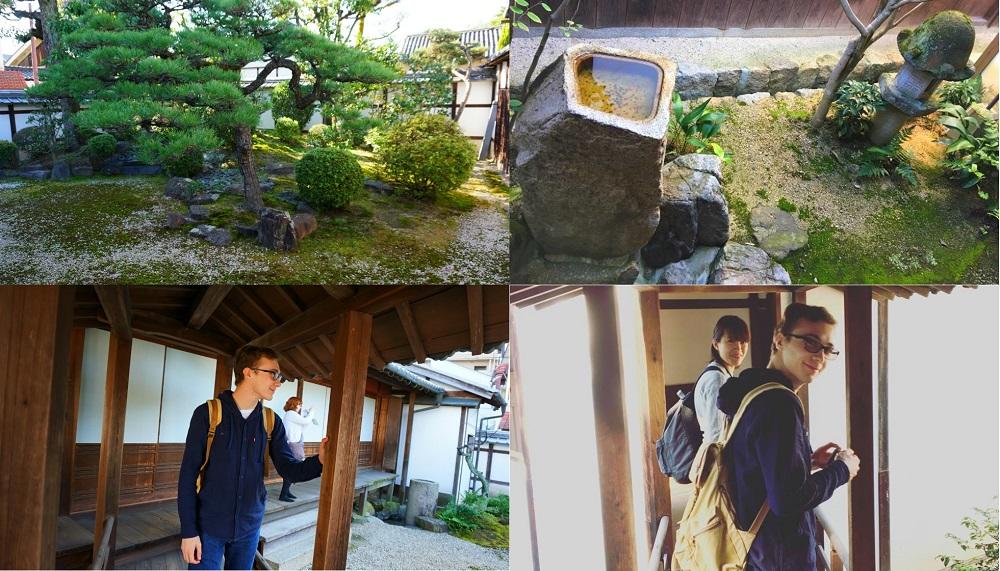 Of course a beautiful garden sits at the middle of the Honjin and seamlessly creates a stunning scene for the adjacent rooms. 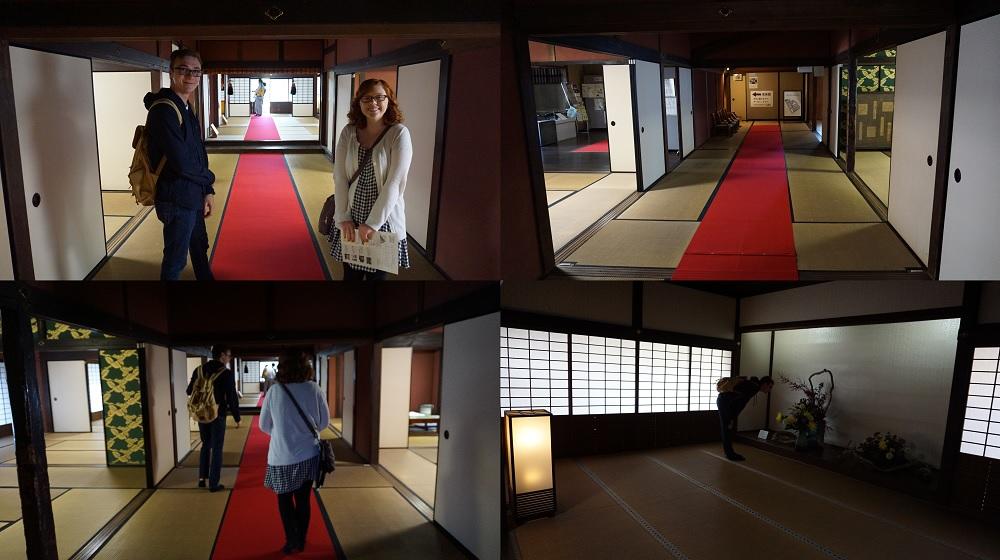 Just walking through a building that has so much history behind it itself is humbling and I would highly recommend it to anyone. 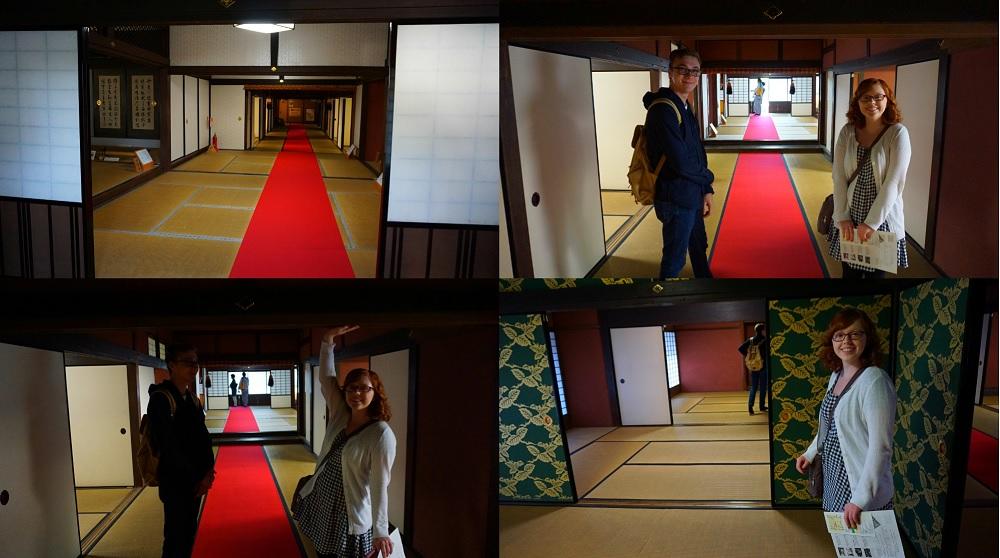 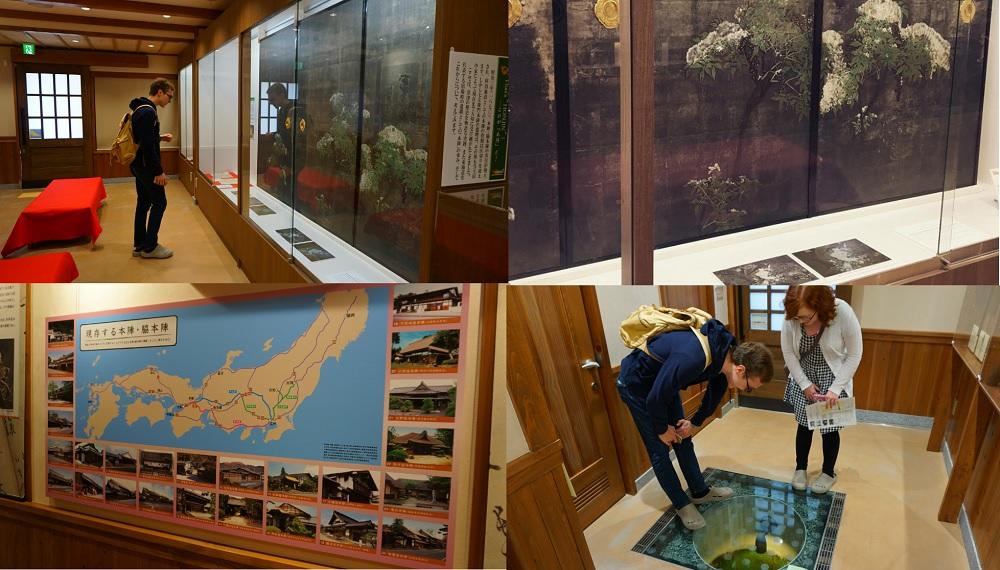 The art displayed here was nothing short of extraordinary, I have always loved traditional Japanese art style and how it was integrated into so many things such as making a door like this an incredible piece.

For the final stop on our trip we visited Kusatsujuku Kaido Kouryukan, a institution focused on the history of the city of Kusatsu. 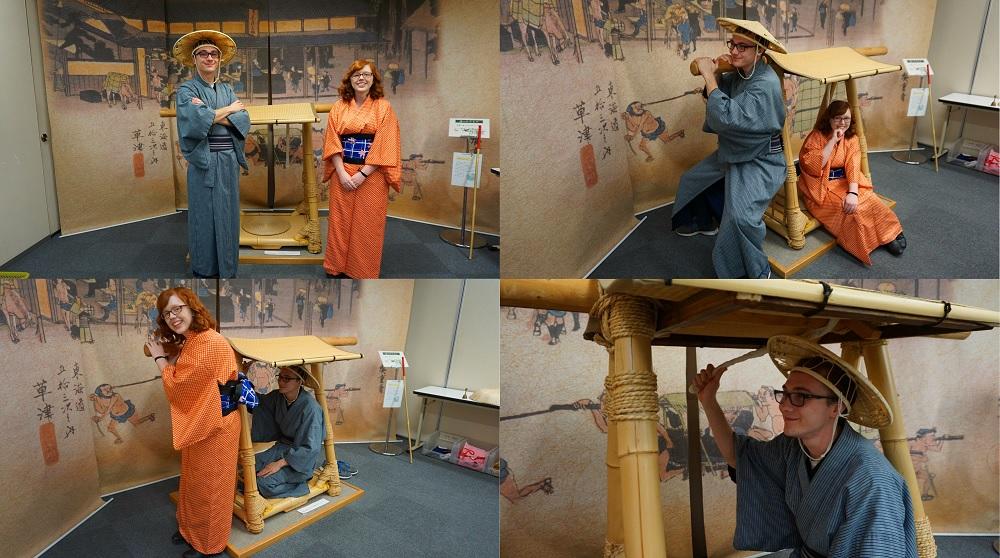 The facility had a room where you could wear traditional clothes so of course we had to try some outfits on! 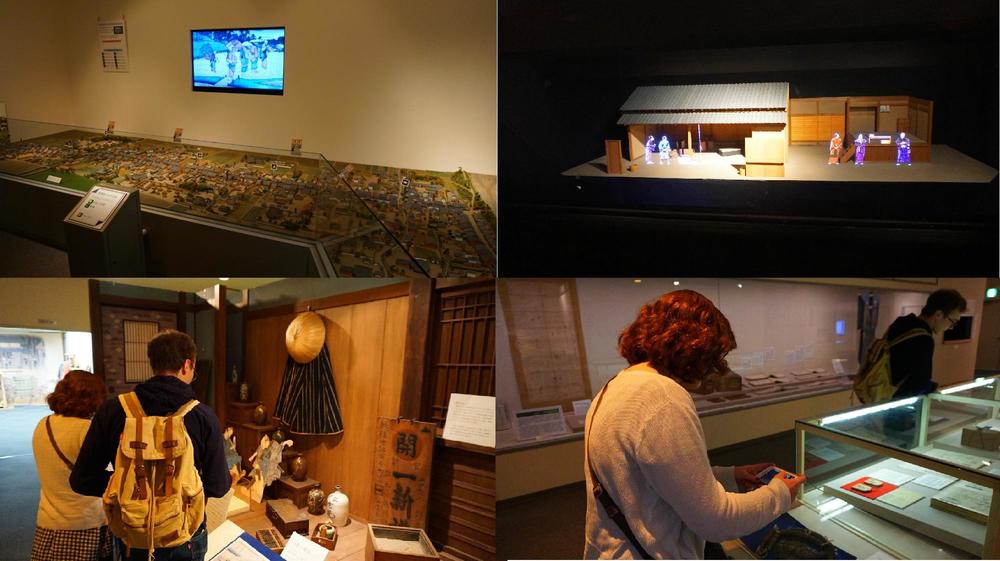 There was even a full diorama set of Kusatsu on display.

Who knew that one city could have so much history and significance, the museum was full of artifacts and was incredibly informative of the city's past. 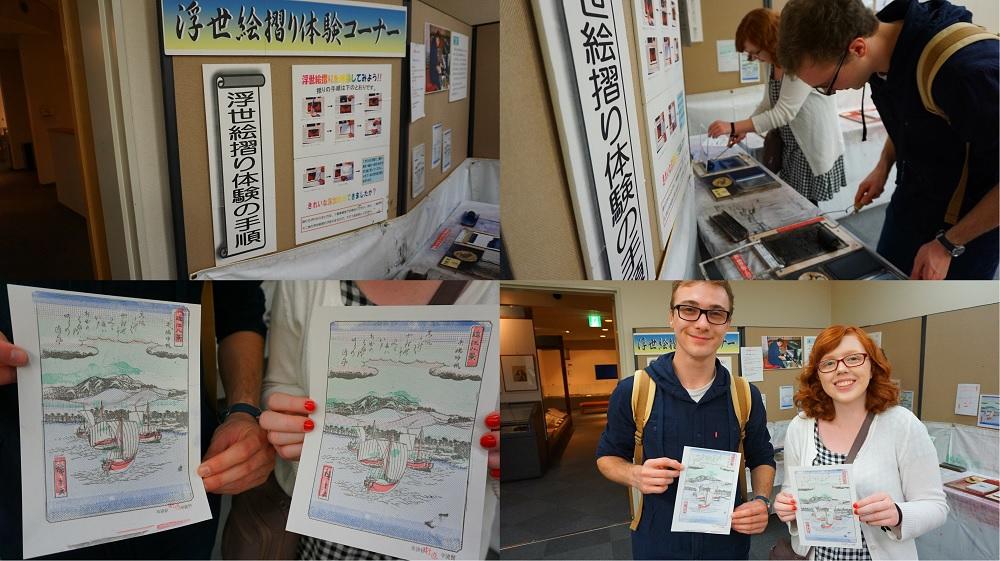 Additionally we even got to experience the ancient Japanese practice of woodblock painting or Ukiyo-e. I had never had personal experience with this medium before and it was awesome to try for the first time! 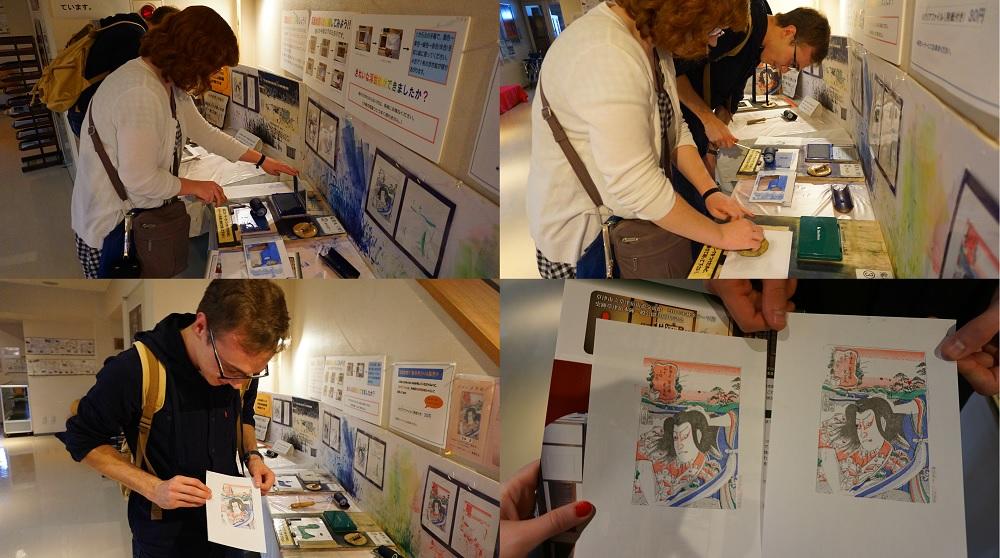 We weren't one-hundred percent accurate with the template but art was never my strong suit anyway. The artistic experience itself was like none that I had done before. 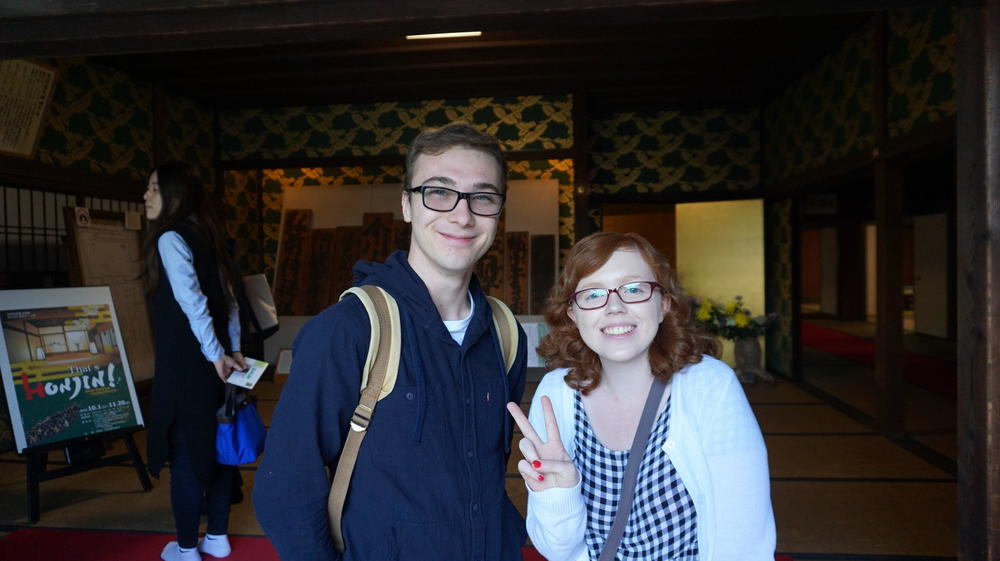 Kusatsu was such an incredible city and I can not believe that I had not visited it until we were invited. It was saturated with knowledge of not only historic Japan but also the mother lake, Lake Biwa and the incredible impact it has on Japan. I would have never had this knowledge or experience without WE LOVE SHIGA inviting Anna and I out.