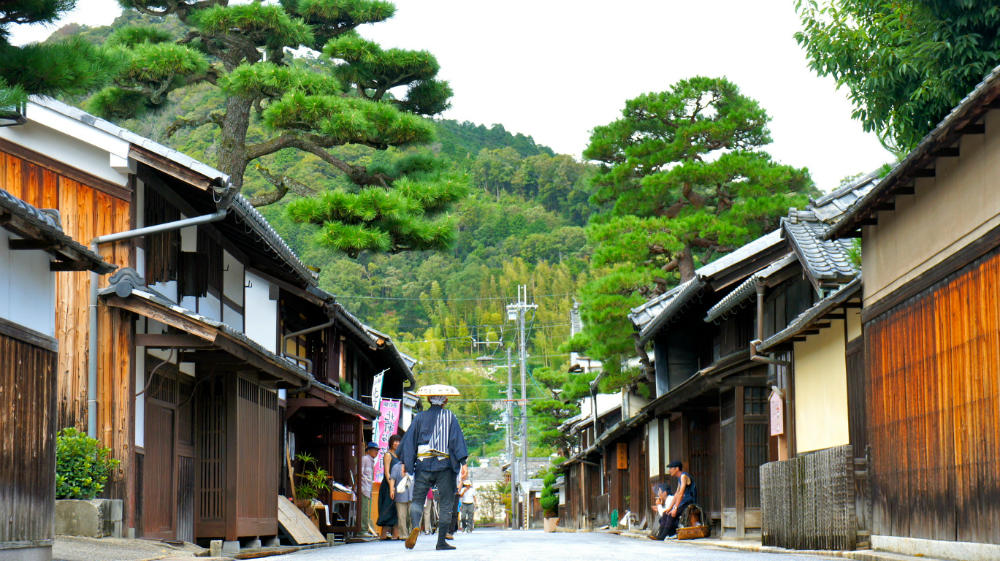 Roughly since I came to Japan and started living in Hikone I had thought Omihachiman would be a nice place to visit. I had really wanted to ride the cable car there.

Not only was I able to ride said cable car but was also given the opportunity to enjoy various food and live music during a festival going on when I had visited.

Firstly, me and my compatriots from JCMU visited a place called Rear Wood Beads Bijoux, where we made some bracelet-like accessories with wooden beads originating from various places all over the world. 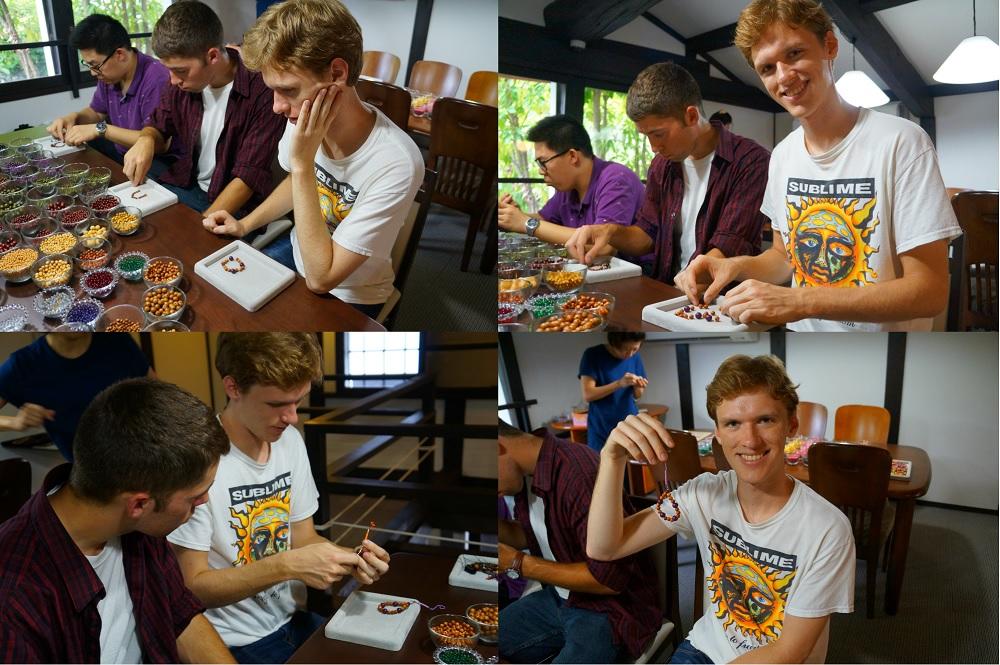 This was actually quite difficult, but the accessories came out well.

I ended up giving mine to JCMU's Student Services Coordinator who had sarcastically joked about me making one for him--the joke's on him because I actually made one!

I also had a parfait at a local restaurant called Hosa Amana.

The restaurant was a nice little place with an interesting upstairs seating arrangement. 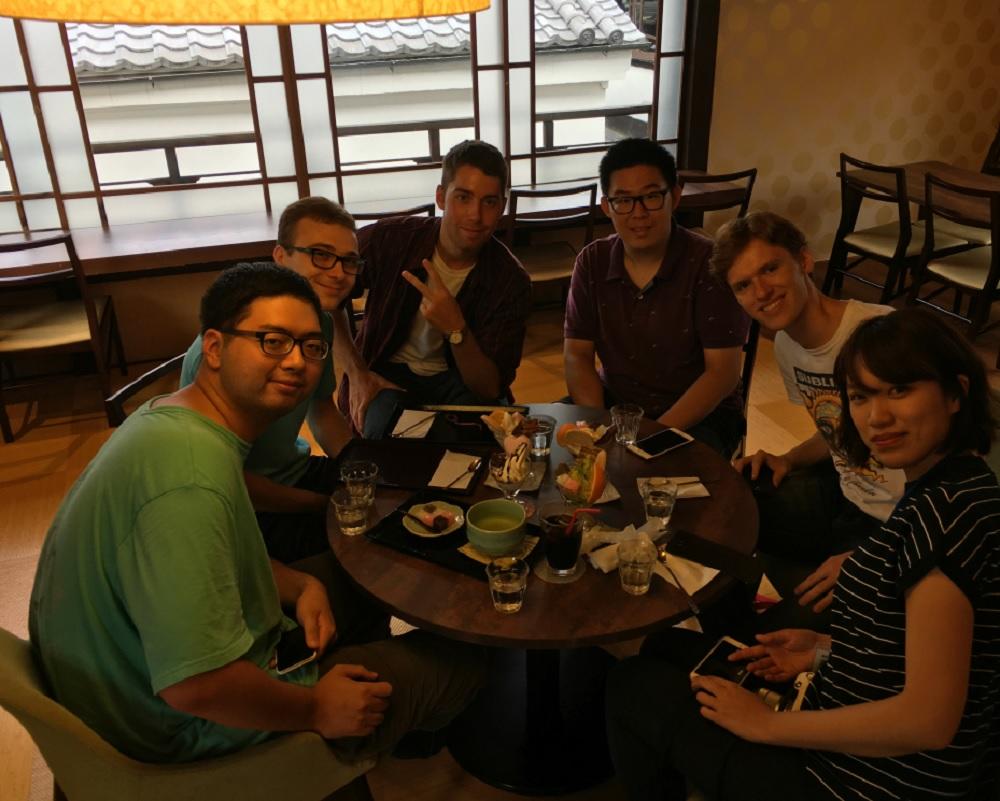 Such kind of places are a bit rare where I am from in Michigan. The service was amazing and, as parfaits go, it was definitely something I would recommend to anyone who goes to Omihachiman.

After eating, my classmates and I went to a shrine that had some pretty cool statues and enjoyed the shrine's architecture. 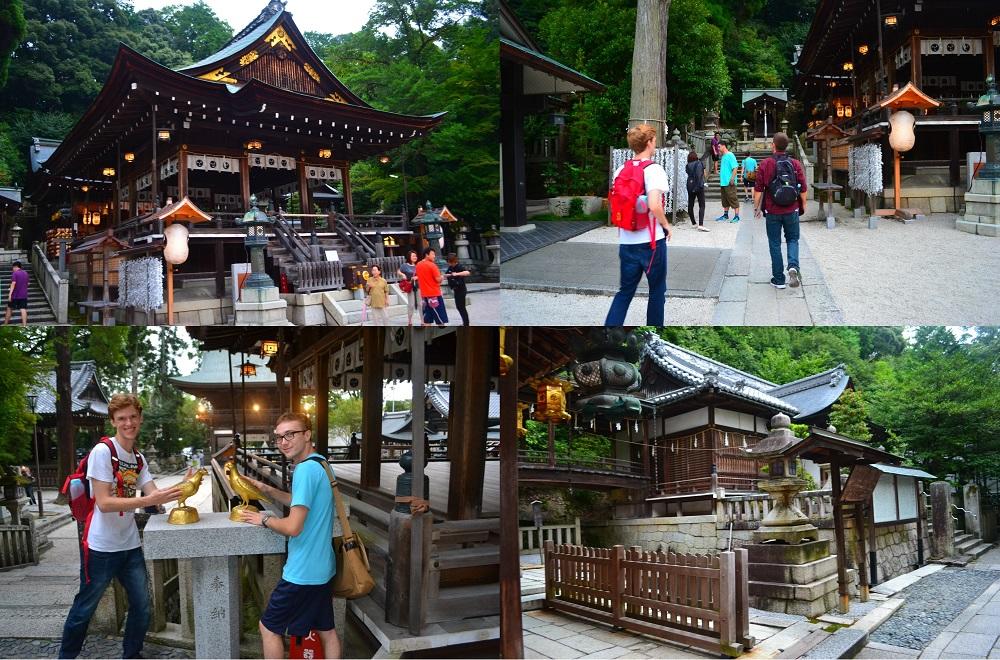 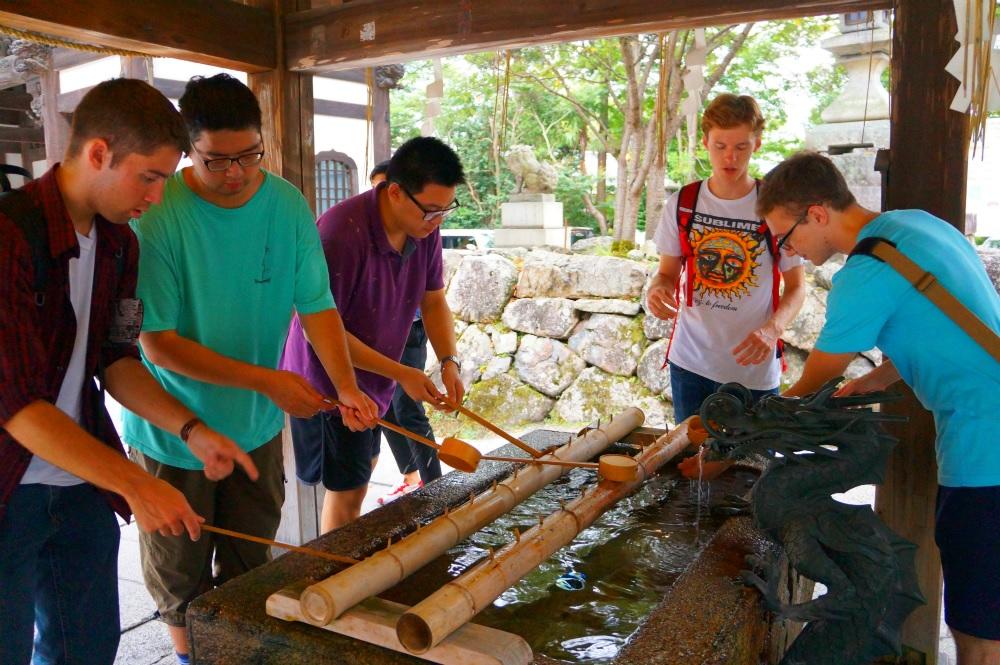 I taught one of my classmates that is less experienced with Japanese culture how the hand washing custom works at shrines,and one of the people with us noted how I Japanese my cultural knowledge makes me seem, which is funny because there is still so much I do not yet understand fully about Japanese culture. 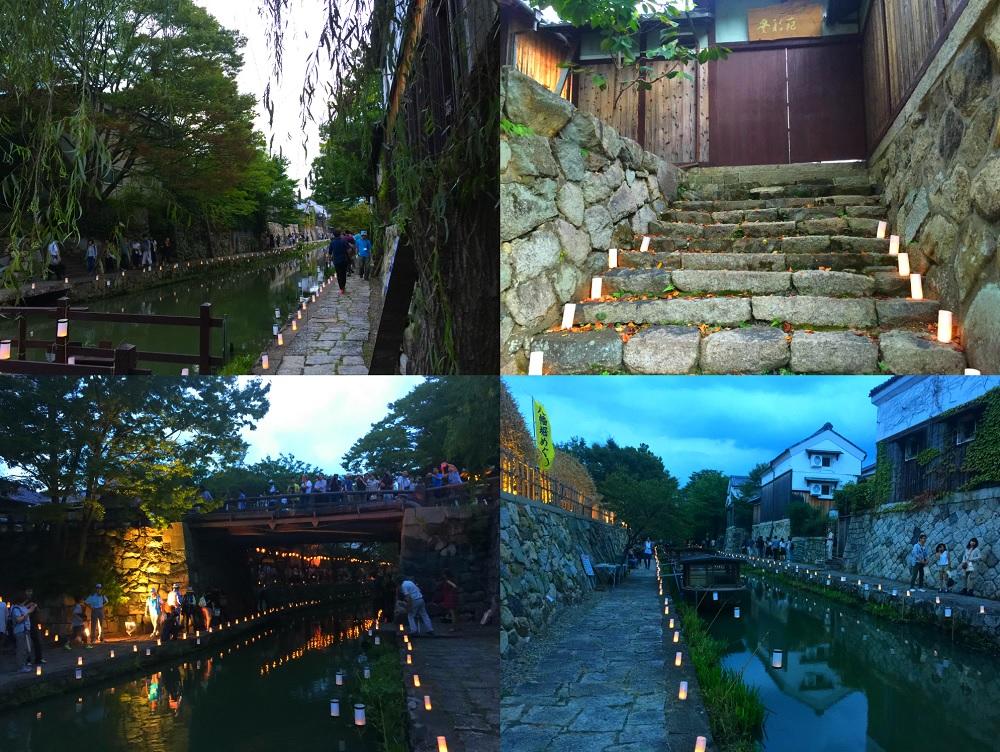 Around the time we visited the shrine there was a small festival going on, so we spent some time enjoying the river that was lite up with candles. It was quite a sight!

We then saw someone play an ocarina (which was way cool!) and went to this old building with a bunch of beautiful art in it.

The ocarina is what I would say was the coolest live music I saw during the trip and the water color paintings were also a sight to behold. I treasure having witnessed both. 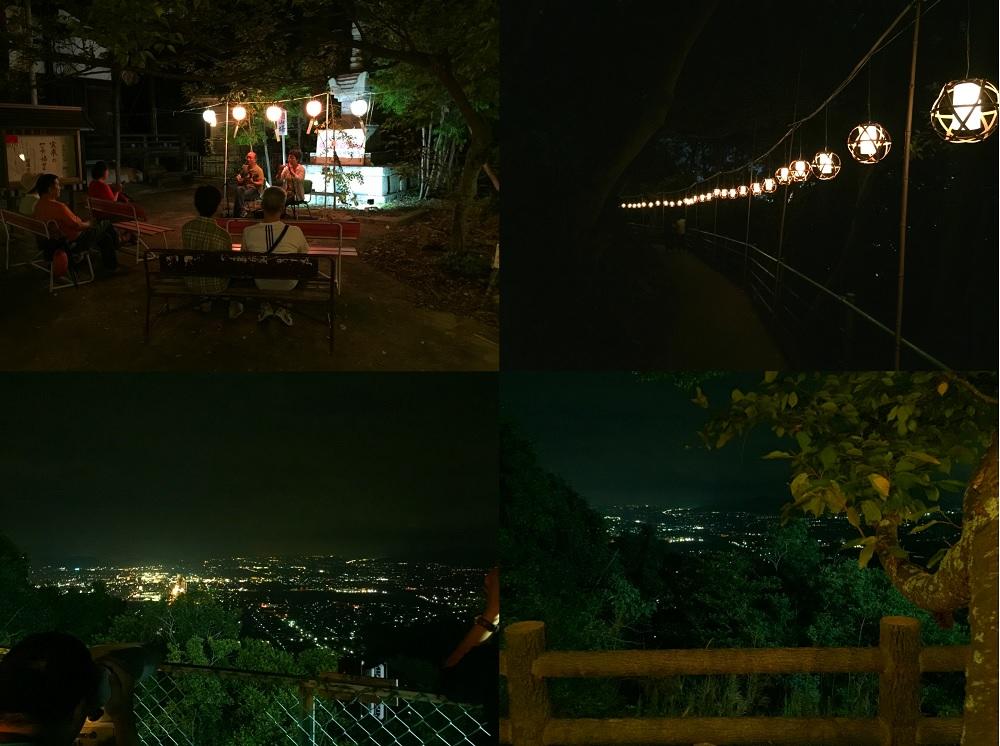 We ended the night by taking the Omihachiman cable car to the top of the near-by mountain.

The night time view quite spectacular considering how dark it was. 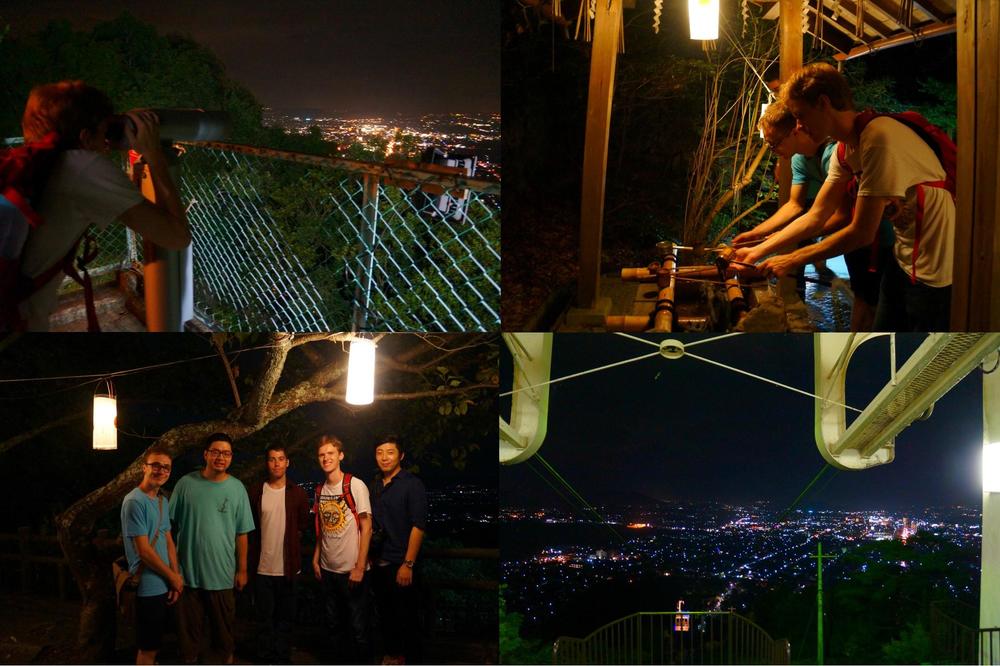 Omihachiman has a bright skyline, which makes the city a marvel to behold at both day and night time.I would like to return and use the cable car again in the day time to compare. There was a couple playing live music up there as well. With both the live music and vew from the mountain it a spectacular experience!