We arrived at Otsu Station in Shiga Prefecture at 9:30 am, which is conveniently only 9 minutes away from Kyoto Station via the JR train system.Shiga was known as Ōmi Province or Gōshū before the prefectural system was established. Omi was a neighbor of Nara and Kyoto, at the junction of western and eastern Japan. During the period 667 to 672, Emperor Tenji founded a palace in Otsu. Although in current times, the prefecture is known as Shiga, you can see the old province name very prevalently in location names as well as their revered Ōmi Beef, one of the most well known beef brands in Japan along with Kobe Beef.

MARINA CLUB RIVRE is located only 30 minutes away from Kyoto and one hour away from Osaka using the JR Kyoto line and Kosei line. Take one step further for more fun and quality time.Transfer available from JR Katata station.

At the Marina Club Rivre, you can try a multitude of water based activities including SUP (Stand Up Paddle Boarding), wind sailing and yachting. We chose the latter for our activity this time around and took off in a yacht with a very experienced captain. While riding around the lake, he pointed out various points of interest such as Omi-Fuji, the tallest mountain in the area. After a bit of instruction, passengers are also allowed to pilot the yacht around the lake. 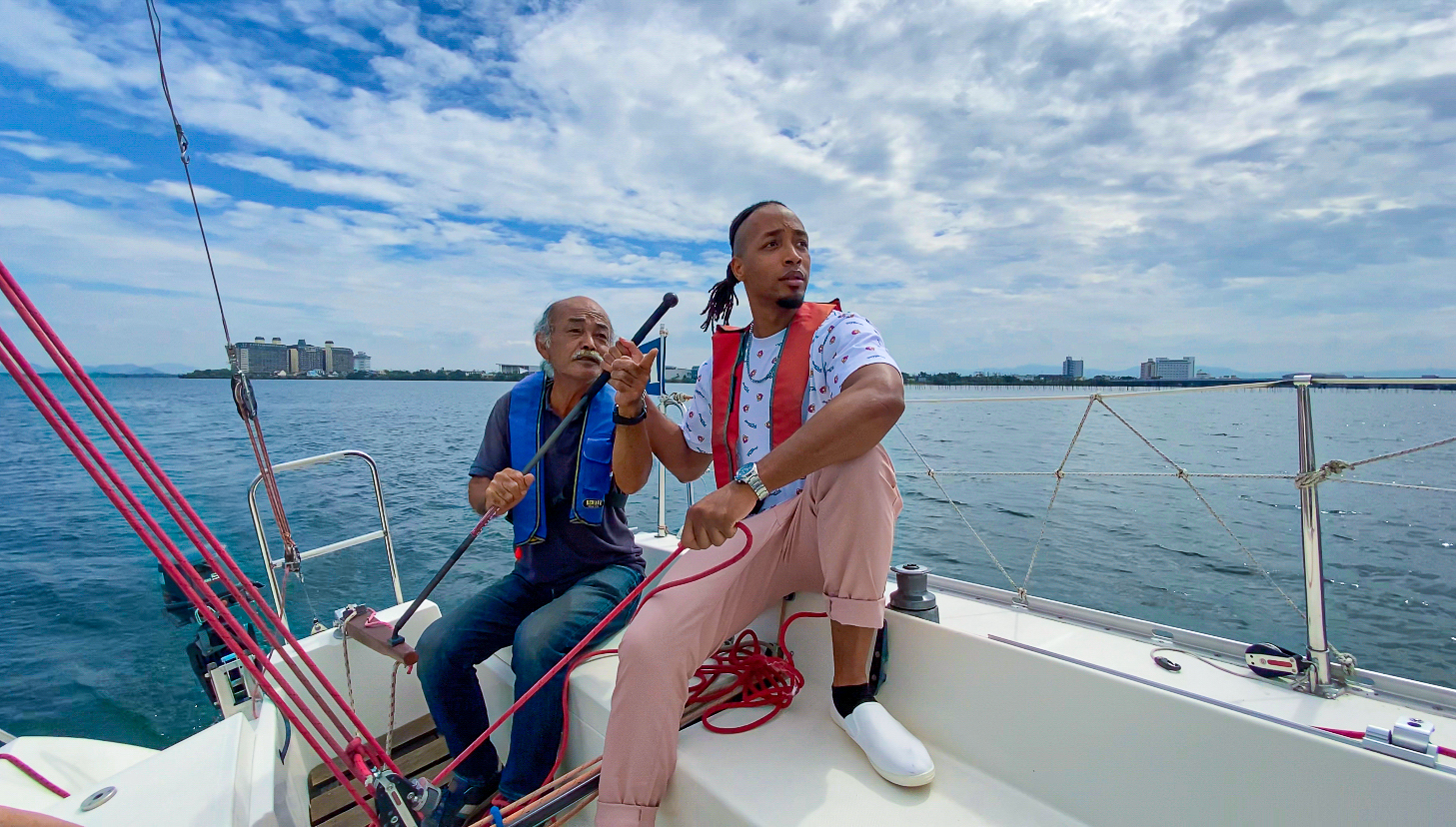 The Marina Club Rivre also offers lunch packages as well. We went with the Omi Beef package but they also offer a chicken set as well. 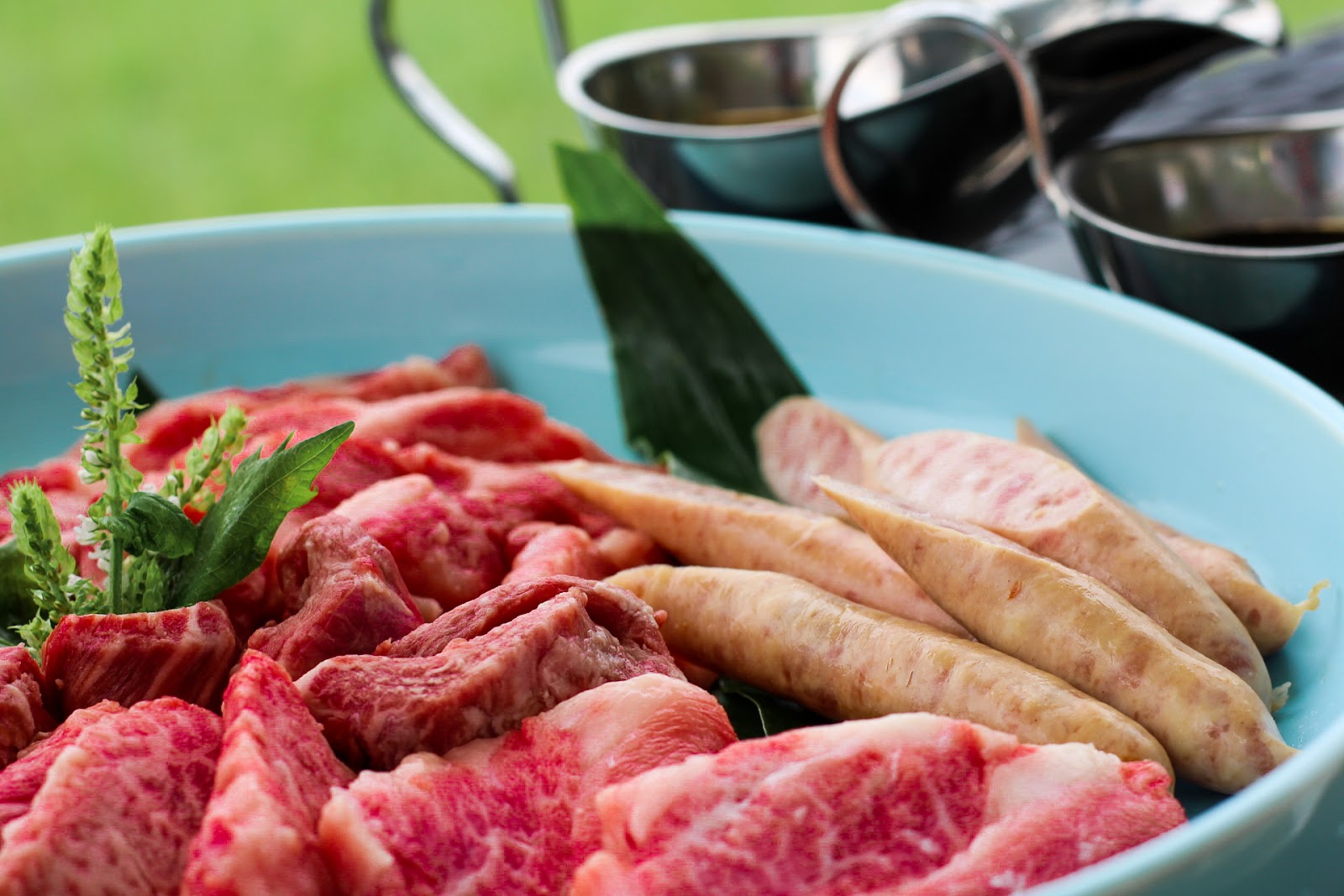 Oumigyu is considered to be among the top-three types of Japanese "wagyu" beef, together with Kobe beef and Matsuzaka beef. It has been recognized as a type of wagyu beef for over 400-years. Please enjoy this delicate, tender, and delicious beef. 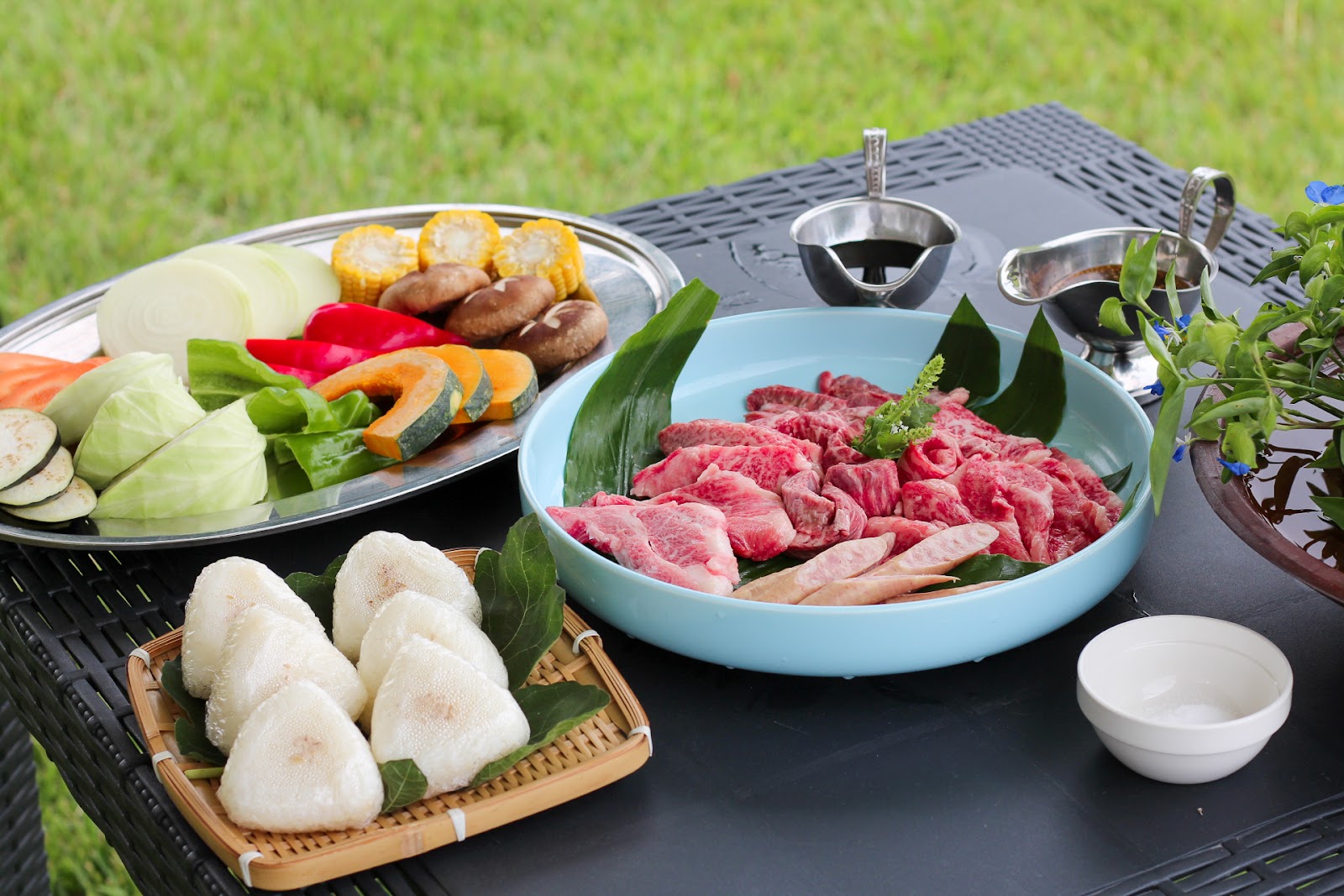 If you love chicken, we recommend our locally-produced Tankai chicken. The male chickens tend to be leaner, while the females tend to be tender, well-balanced, and moist. Both have a deeply satisfying taste. Enjoy the various textures and consistencies of your chicken, perfectly complemented by our fresh vegetables.

Cycling around Lake Biwa is famous cycling route for beginner cyclist in Western Japan. Known as "Biwaichi", this route aims to show riders the more local side of Shiga. ne can expect to run into all sorts of temples, shrines and lovely locals who are keen to share their slice of Japan with you.

Giant Store Biwako Moriyama was opened at Marriott Hotel, so there is no lack of accomodation for those wishing to travel leisurely around the lake. 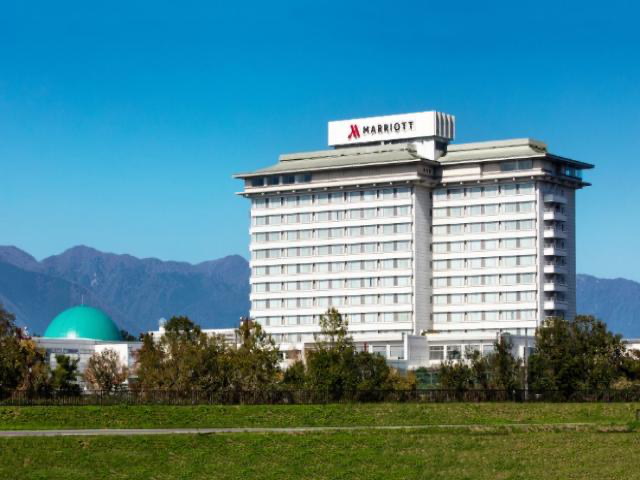 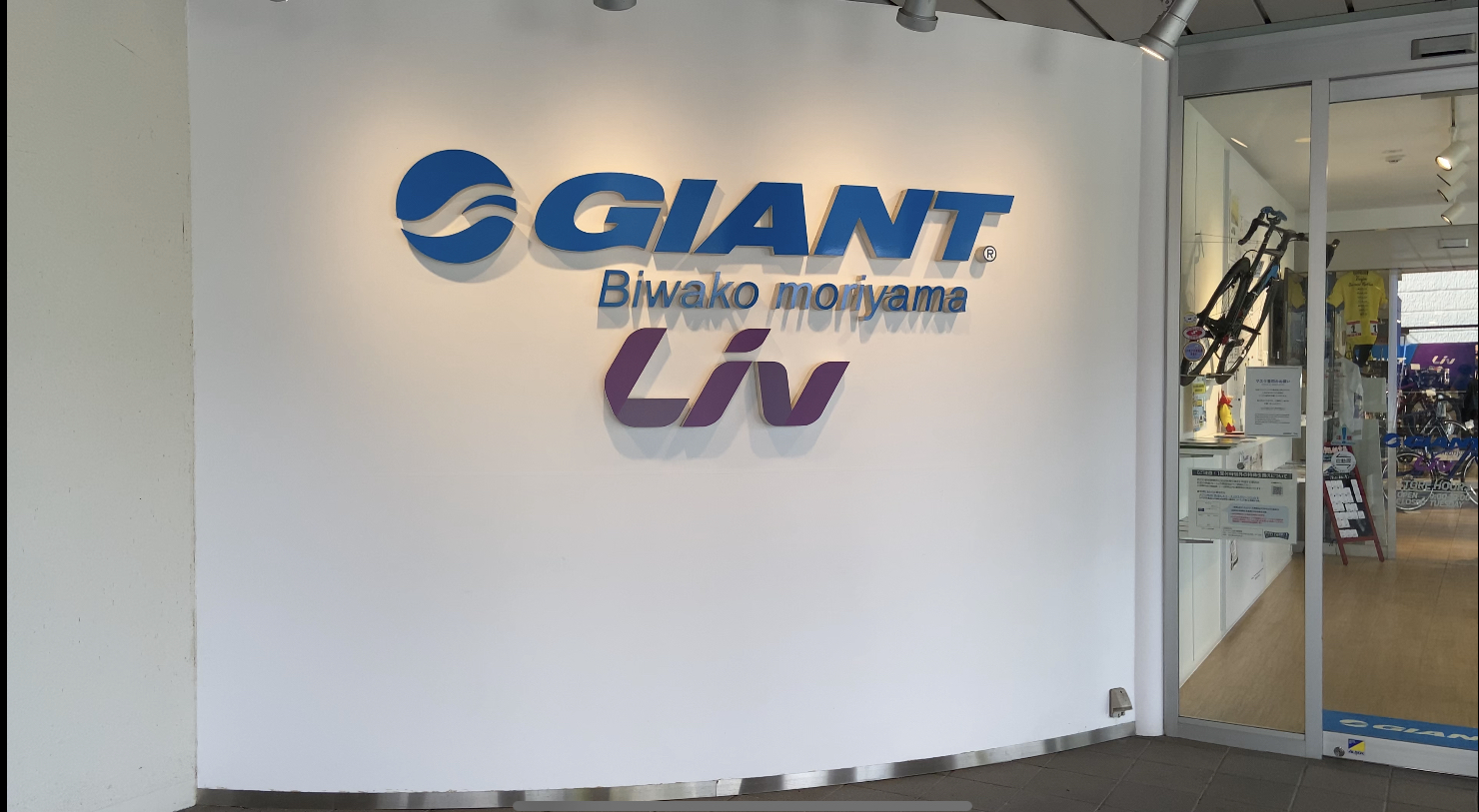 As the Biwako Ohashi Bridges, which connect Otsu City and Moriyama City in Shiga Prefecture, will mark their 50th anniversary this year, a commemorative ceremony will be held on September 28. The 1.4-kilometer-long southern bridge will be pedestrianized for the first time since its opening. The anniversary will be celebrated through events such as 1,000 people holding hands while standing in a row on the bridge and others.

The first Biwako Ohashi Bridge was opened on September 28, 1964 as a "bridge of dreams" connecting the west coast and the southern and east coasts of the lake in order to contribute to industrial development and promote tourism at Lake Biwa. In 1980, pedestrian and bicycle lanes were installed. In response to increased traffic, a new bridge was constructed on the north side in July 1994, making a total of four lanes. Currently the bridges are run by Shiga Prefectural Road Public Corporation. More than 30,000 cars per day cross the bridges. 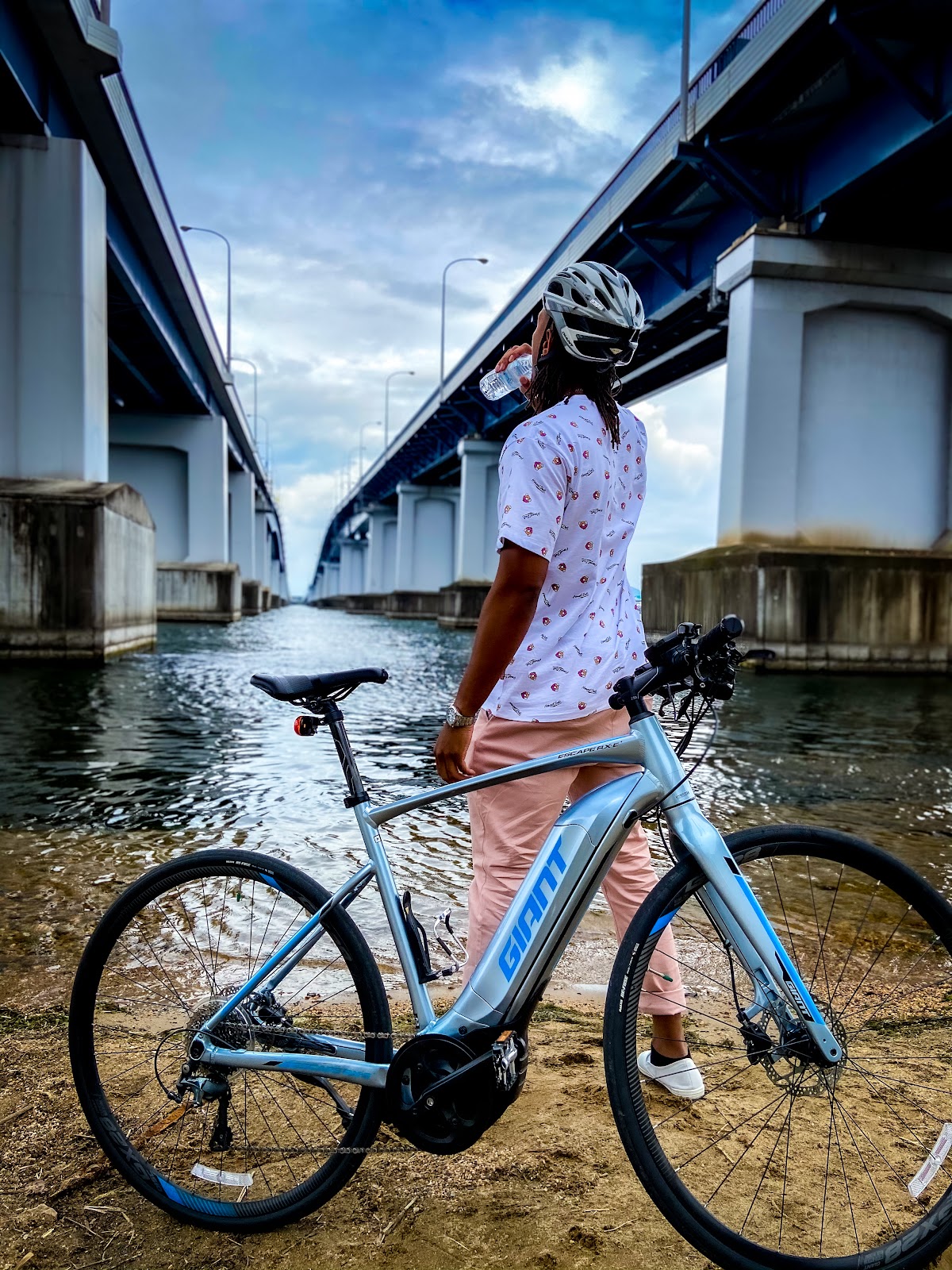 The Ukimido, the "floating temple hall" at Mangetsuji Temple, is famous for being featured in one of the Eight Views of Omi, "wild geese returning home at Katata." The current structure is a recreation that was erected in 1937, and then underwent repairs in 1982, yet it fully retains the atmosphere of the original construction. The Kannondo in the temple grounds also contains an Important Cultural Property in the form of a statue of Sho Kannon. 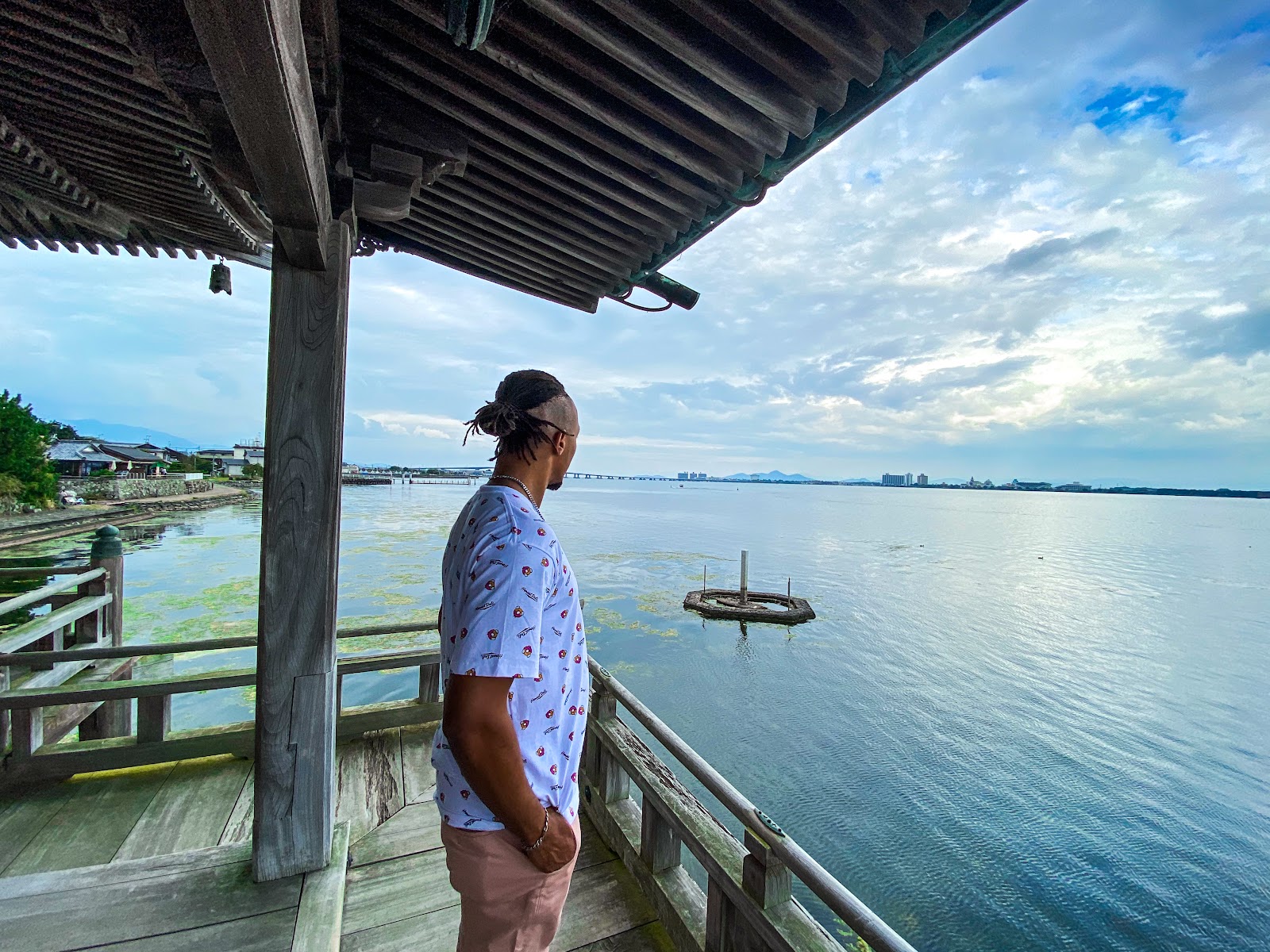 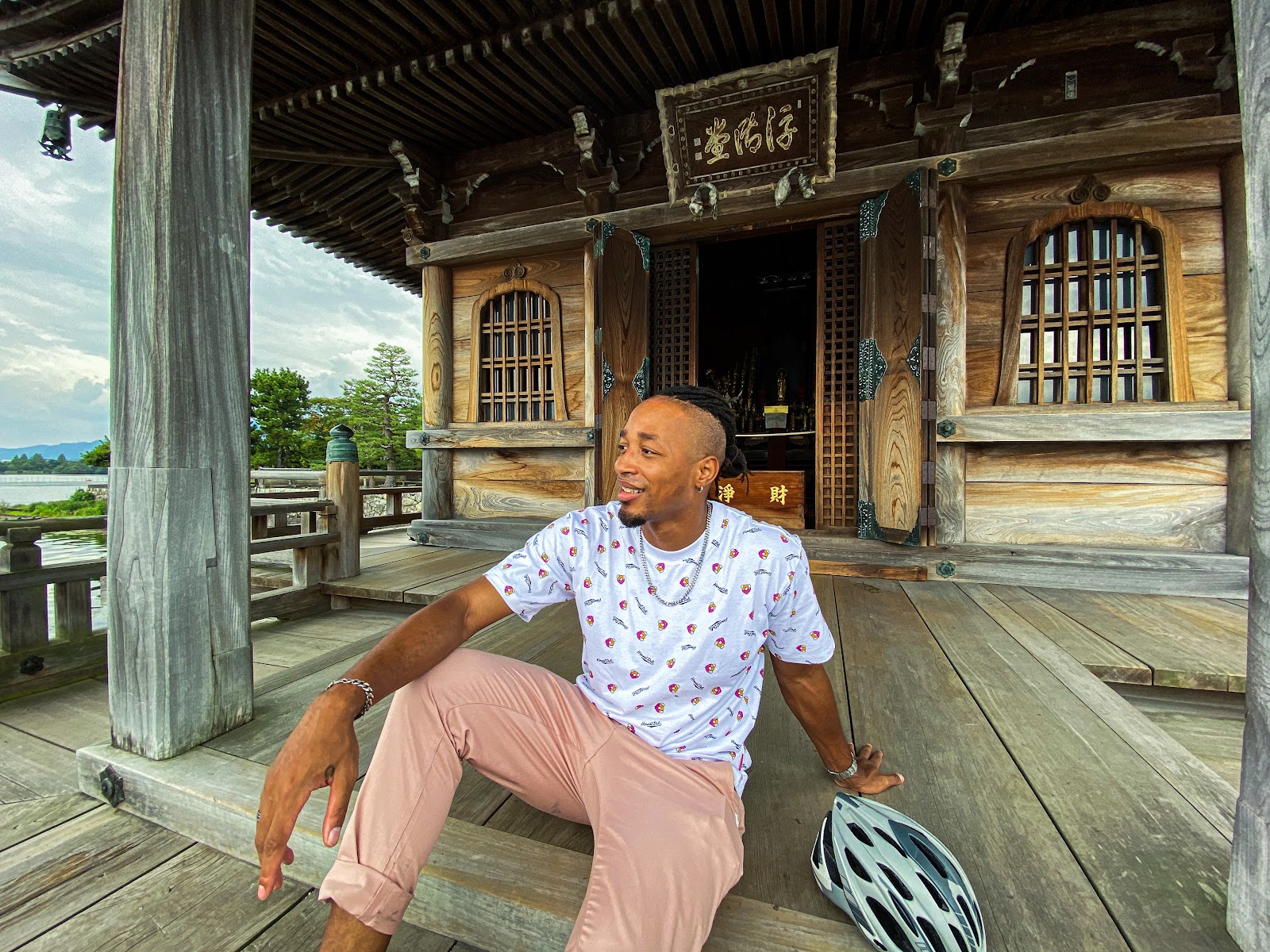 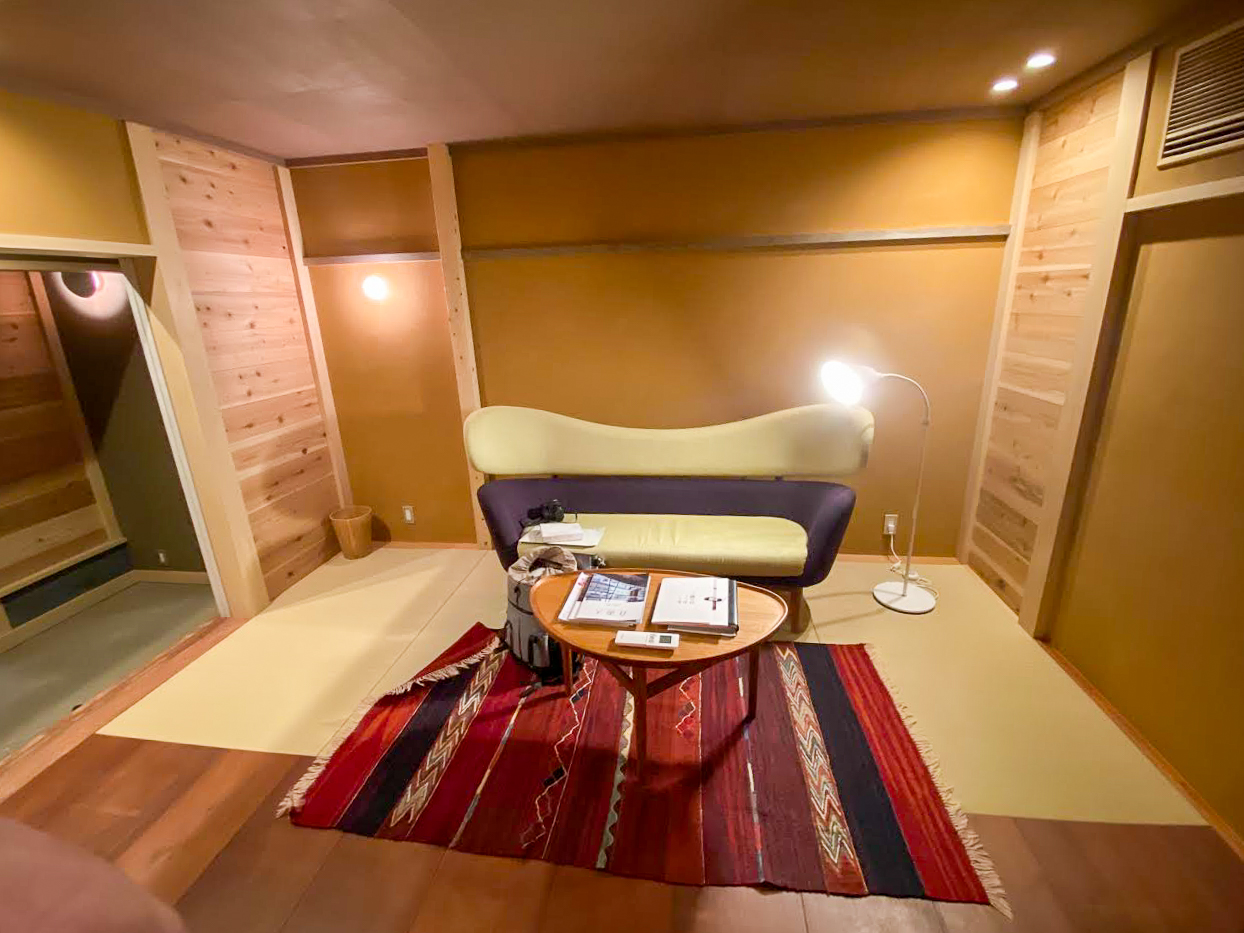 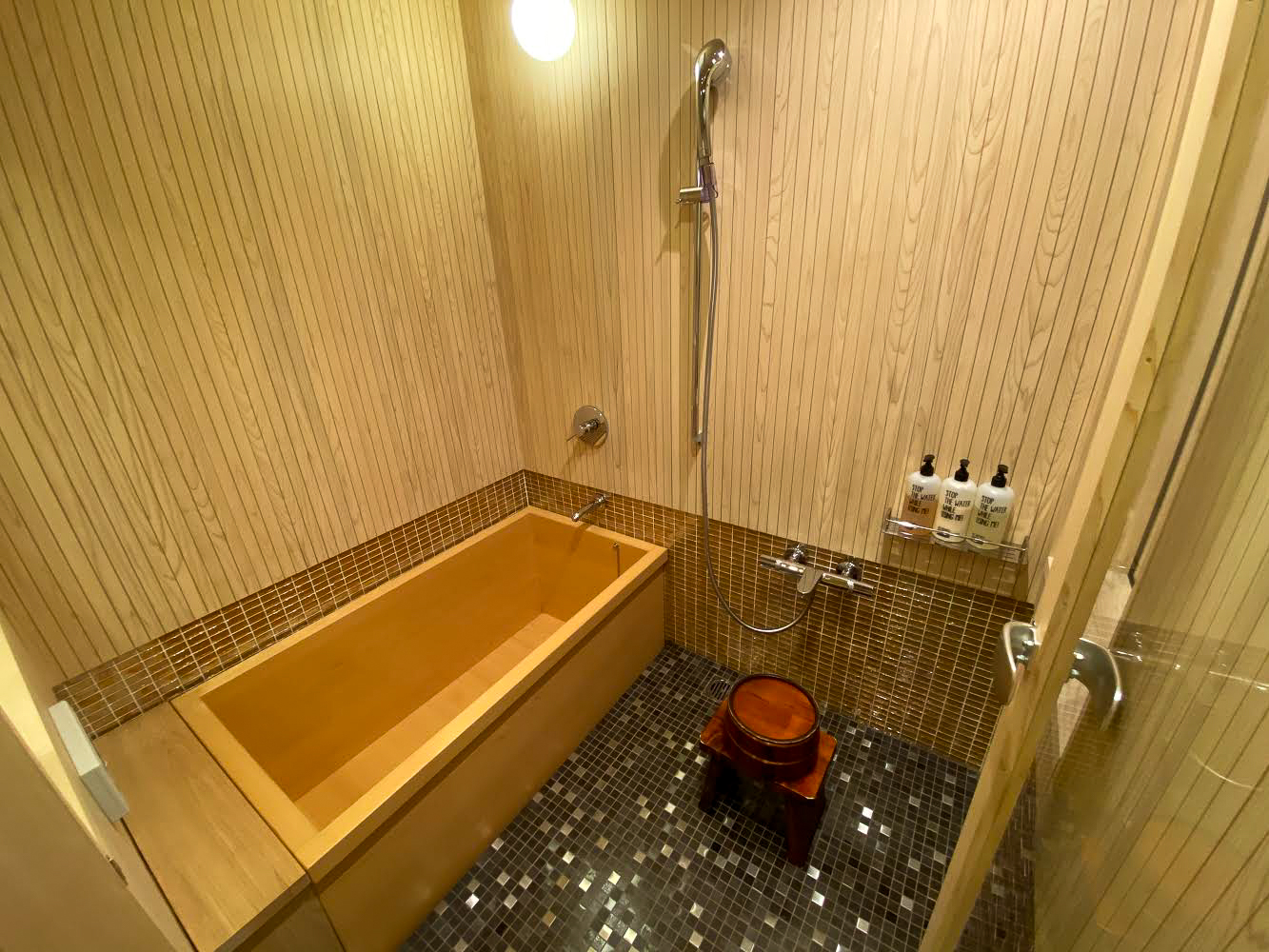 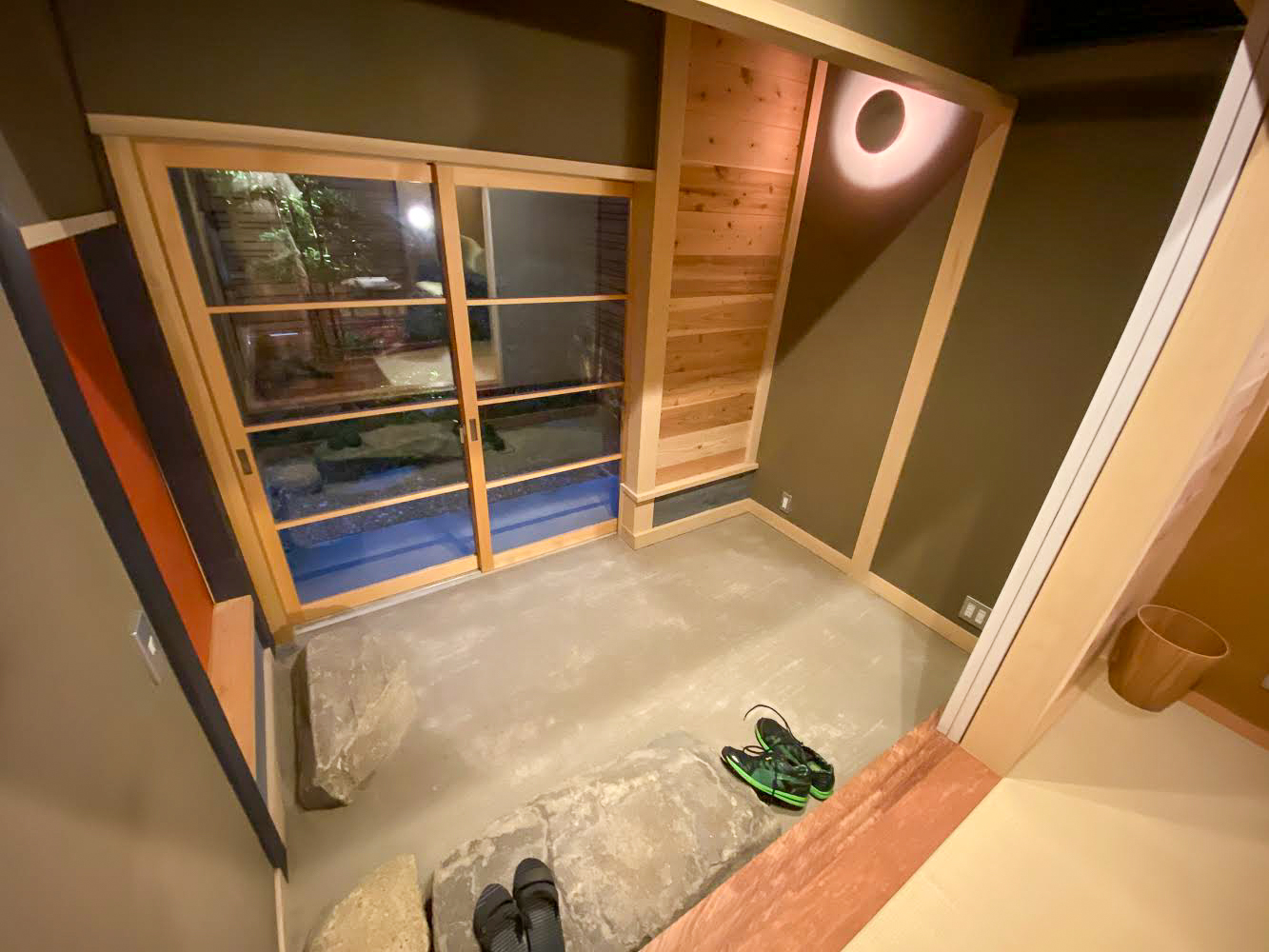 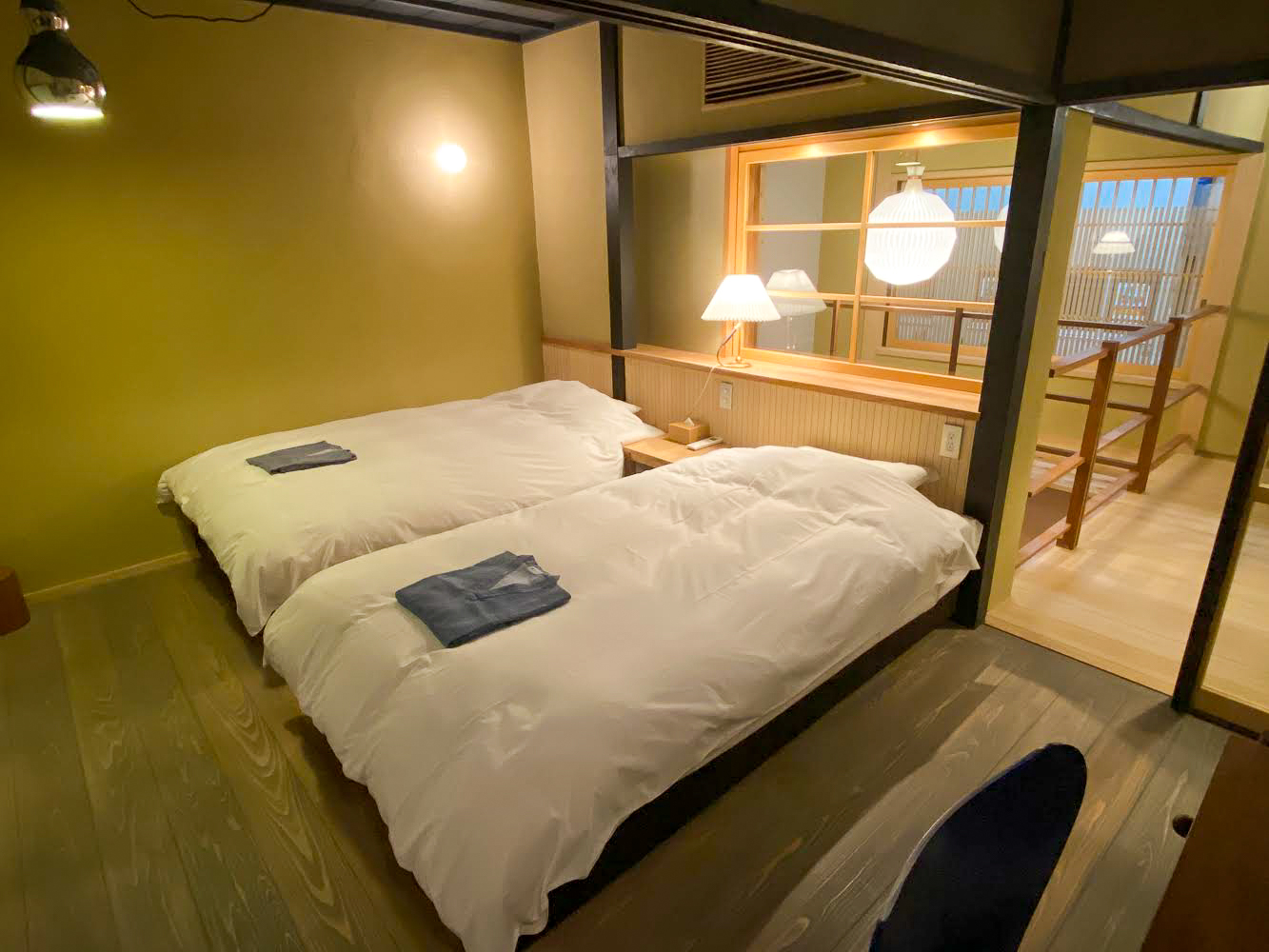 The accommodation is very nice and modern. You feel away from the city. It can be a bit noisy during the day, but if you want to relax at night it's perfect for you. I stayed alone and it was a bit too big for me, but if I ever go to Shiga, I would definitely go with a friend or 4.