Walking the Nakasendo, its not only Nagano and Kyoto. You can walk the most popular section in Shiga, called Kusatsu or Moriyama, as a daytrip from Kyoto. Here's our recommended route of Nakasendo in Shiga.

Kusatsu was a Shukuba-machi, mean Post Town of Nakasendo. You can see some sign anywhere in Kusatsu. 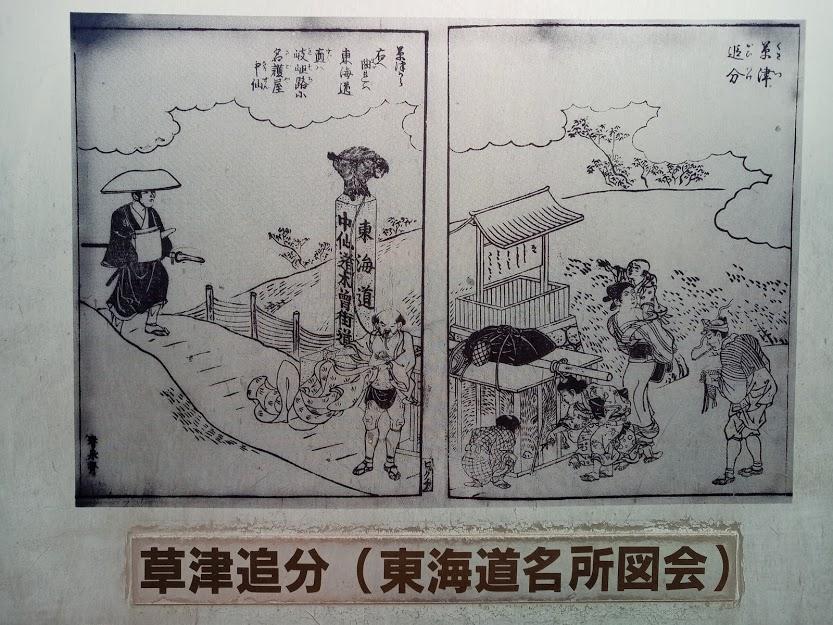 As follow, still remaining same as above old picture. 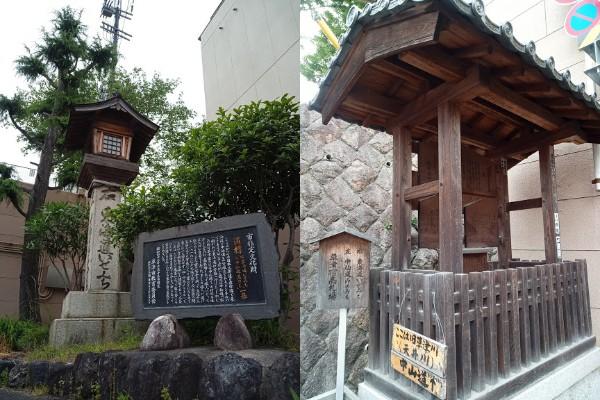 Kusatsu was a place for branching and merging with the two major highways, the Tokaido and the Nakasendo connecting Kyoto and Edo (Current Tokyo). It was also a lively place for many travelers and goods because it was connected closely to the way to Yabase port where was an important place of ship transportation of the Lake Biwa.

This is a Honjin, so do you know what is "Honjin"? 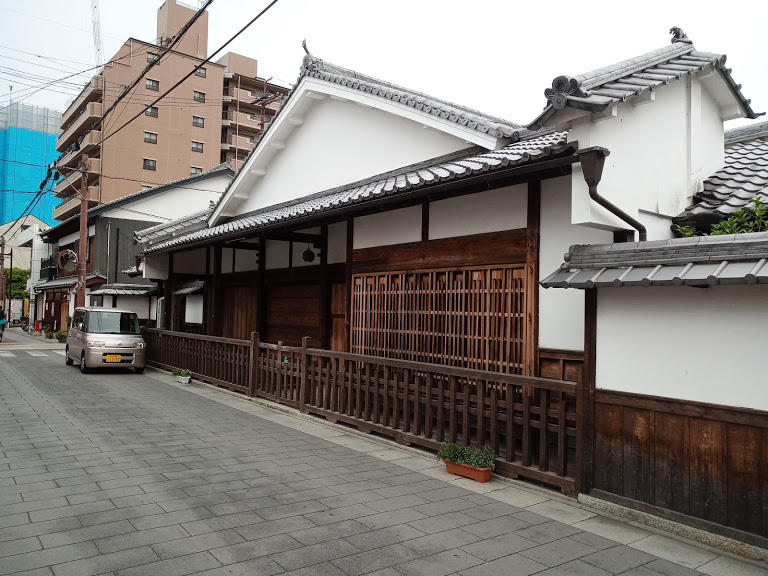 "Honjin" was the most prestigious accommodation in Shukuba (post town) in the Edo period.

There were only one or two Honjin in Shukuba. It consists of a large land and a big building, and there were some special facilities that only the Honjin was allowed to make. "Honjin" used to refer to the "military headquarters", but later because of the meaning of "the place where the shogun is staying", it became to refer to "an accommodation facility for the exclusive use of elite of society, such as Daimyo (feudal load), Hatamoto (direct retainer of the shogun) and Kuge (the nobility)". 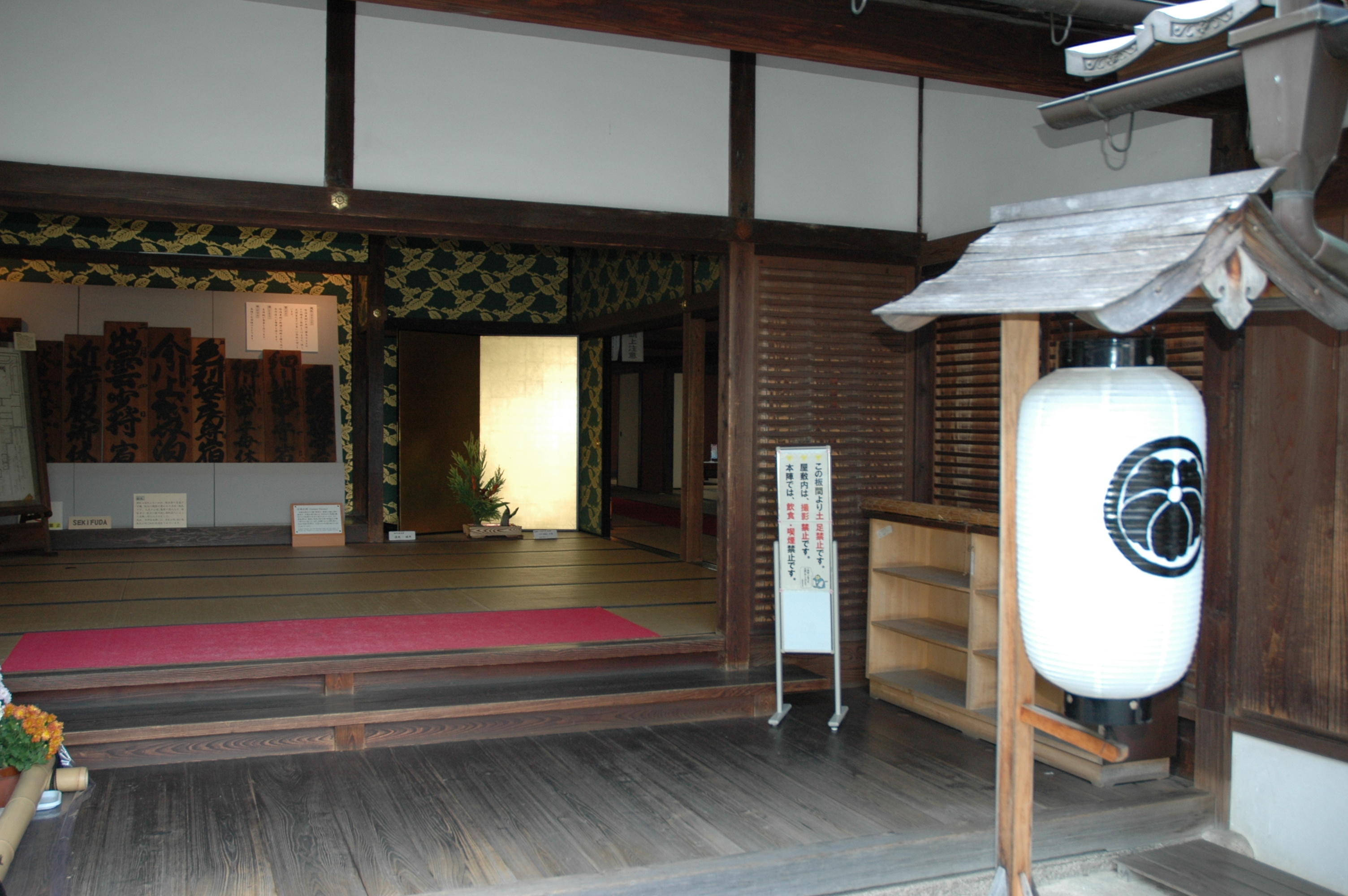 In Kusatsu, Shiga prefecture, you can enjoy the walk Nakasendo also Tokaido. At the Furukawa Shuzo Sake Brewery is on the route of Tokaido, you can tasting some of Japanese Sake. 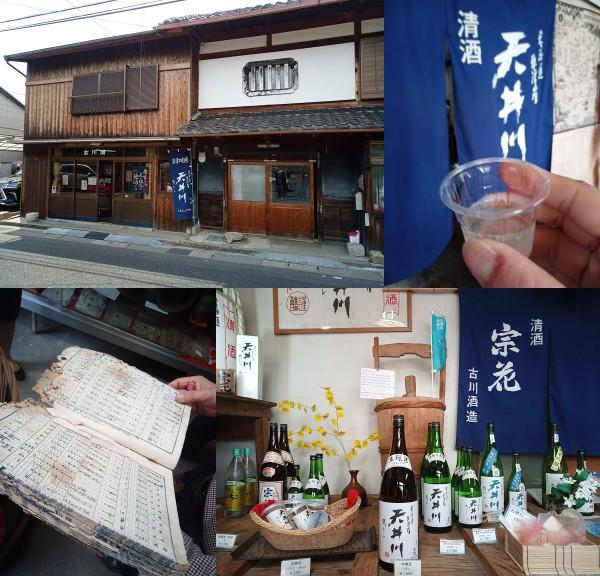 Just second minutes walk from Furukawa Sake Brewery, you can see the sign board picture by Hiroshige Utagawa. 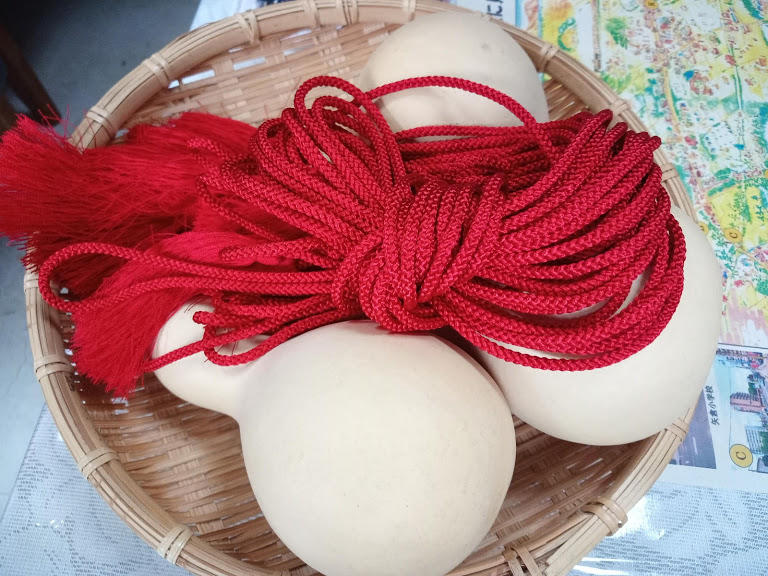 In Spring time, there is a festival called Kusatsu Shukuba Matsuri. 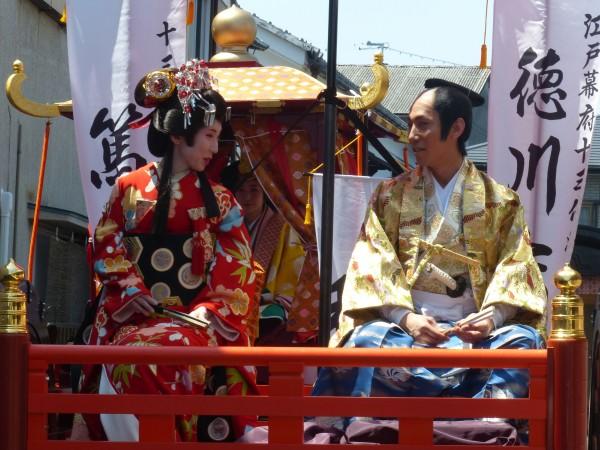 This festival includes a historical pageant that proceeds through the traditional city streets, with a large number of onlookers taking in the vast array of gorgeous outfits. The main players in the pageant strike a chord deep in the hearts of all who see them, while the rich and fabulous costumes and hairstyles clearly delineate the differences between samurai and noble cultures.

Visit Shiga to walking Nakasendo and Tokaido. We are next to Kyoto and only 9 minutes by normal train.